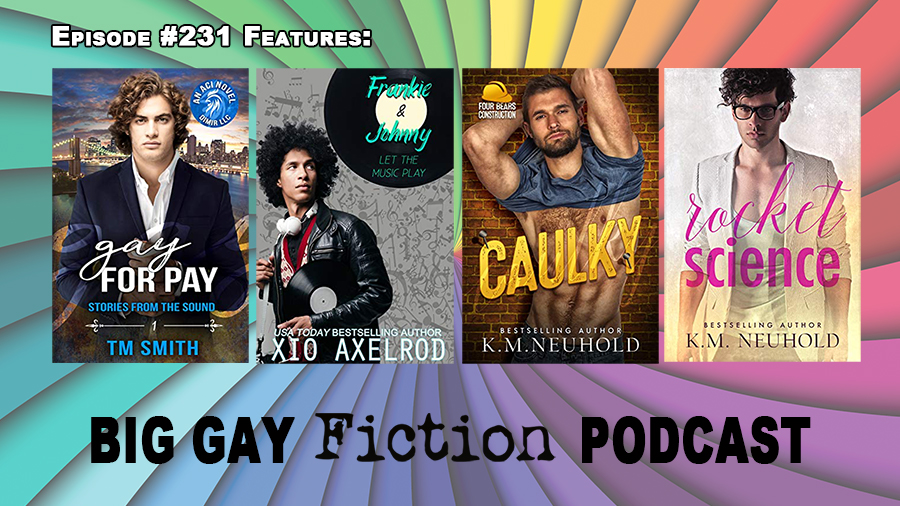 Jeff kicks off this week’s episode by discussing the series concept, as well as the cover reveal for his forthcoming book, Keeping Kyle. He also highlights a new fundraiser for Pro Literacy. We recap our recent TV watching including Netflix’s Toy Boy, Freeform’s Good Trouble and the CW’s Katy Keene.

Jeff reviews Xio Axelrod’s Frankie and Johnny: Let the Music Play. Then it’s a double dose of K.M. Nuehold as Will reviews Caulky and Jeff looks at Rocket Science.

Tammy Middleton, who writes as TM Smith, shares the upcoming re-release of Gay for Pay, under the new series title Stories from the Sound. She discusses the works she’s done not only on Gay for Pay but the rest of the series along with news of two brand new books to come. She also has details on her new Chaos Magician series.