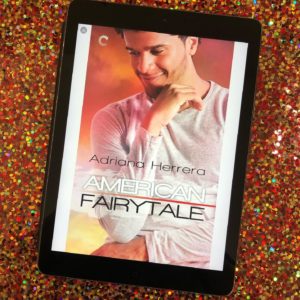 When Camilo, a NYC social worker, goes to an absurdly swanky charity event that his boss can’t attend, he’s intent on enjoying the special evening, which includes chatting up the hottie he meets at the bar. After a few drinks and some suggestively flirty banter, he and Mr. hot stuff find a dark corner and make the night truly memorable.

The next morning, Camilo’s boss introduces him to Tom, the millionaire who’ll be financing their agency’s major renovation project. Tom also happens to be Camilo’s hot charity gala hook-up from the night before.

Aware how awkward the situation is, Tom agrees to keep things strictly professional from now on, but also asks that Milo be the point man on the project, keeping him up-to-date on the renovations.

Their weekly meetings begin to look more and more like dates – a meal at a fancy restaurant, a walk through the botanical gardens. Camilo is no fool, but as he gets to know Tom better – he’s certainly not your average philanthropic millionaire, there is more than meets the eye – the pretense of “keeping things professional” begins to hold less and less appeal.

When they can no longer deny the attraction, Tom takes Milo back to his place. The sex is amazing (of course), but the afterglow is short-lived when Tom’s ex drops buy with their daughter.

Tom shares custody of Libertad, his daughter, with his former husband. Learning of all of this (which Tom failed to mention up until that point) briefly throws Milo for a loop, but it’s hard to resist the precocious the little girl, and Milo falls even harder for the millionaire and his ready-made family.

A situation with Milo’s mom has him taking on more work and financial responsibility and, in addition to that, he’s working overtime as the massive renovation project is wrapping up.

He’s stretched almost to the breaking point. When Tom offers to help, the fiercely independent Milo insists he has it all under control.
Tom quietly takes care of things. It’s better to ask for forgiveness than permission, right? In this case, no.

As a reader, it’s hard not to feel frustrated by Milo’s stubborn streak. Your boyfriend is a millionaire for god’s sake! Get over yourself!

But it eventually becomes clear that Milo is, of course, right. Tom’s intervention robbed Milo of his own autonomy. It’s Milo’s choice whether or not to ask for help – no one else’s.

This is a deal-breaker for Milo and it causes a major rift in their relationship. Tom has to find a way to fix things, by doing the hard work and not using his money to solve their problems.

This is a romance, so Tom figures things out, and pulls off a grand gesture that is less grand, and more heartfelt and considerately thoughtful – which is exactly what Milo needed.

It all wraps up with swoon-worthy family vacation to the Dominican Republic.

American Fairytale is terrific read from a noteworthy new author.

This review originally appeared as part of episode 188 of the Big Gay Fiction Podcast.