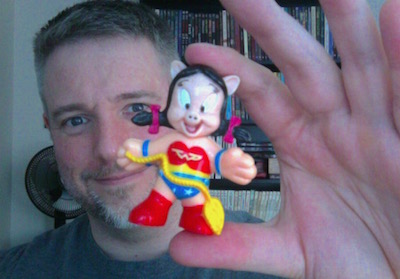 Today we have a 2.5 inch premium toy (from McDonald’s I think) of Wonder Pig! Petunia Pig (Porky’s girlfriend) is all decked out as the world’s most heroic amazon. Also featured in the early 90’s collection were Daffy as BatDuck, Bugs as... 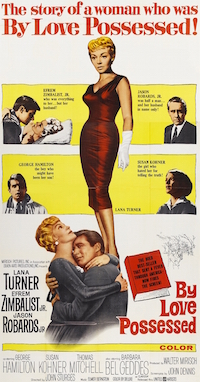 The story of a woman who was By Love Possessed! In one of the most successful films of her career, Lana Turner played a woman facing possible scandal in a small town called Peyton Place (1957). After facing her own real life scandal and trial, she returned to familiar... 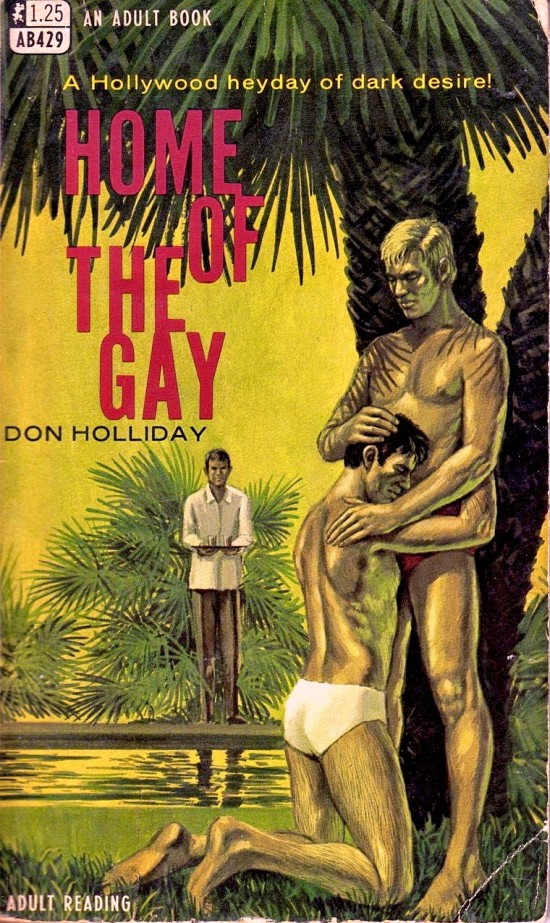 Paperback Cover of the Week: Home of the Gay 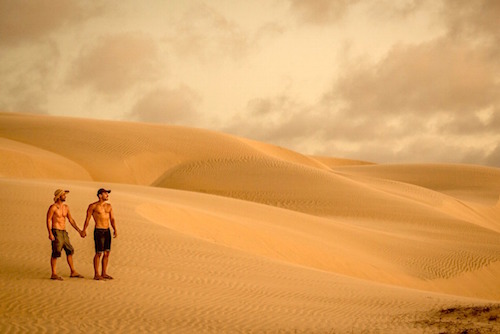 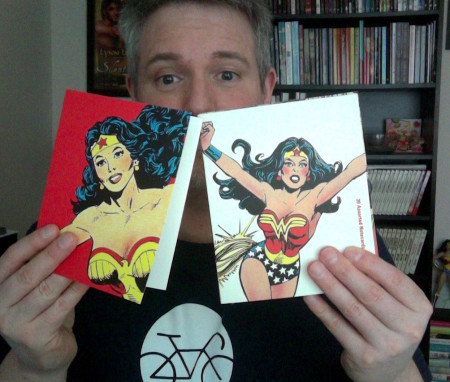 20 assorted notecards. Five different designs, all from the comic books (of various eras). One of the card designs is on the left and the box they came in is on the right.
Page 2 of 4«1234»