On Tuesday, January 27, in the midst of a winter storm, some New York City Gay Hockey Association members gathered on the ice rink at Rockefeller Center to shoot an intro for the British talk show, “So Graham Norton.” Norton was in NYC shooting a series of shows and several local groups were enlisted to shoot introductions. Below is a group picture from the shoot, Jeff is fourth from the left in the back row. You can see more pics from the shoot and clips of what we shot at the NYCGHA site. The NYCGHA’s intro will air as part of Graham’s “NY Graham Norton,” which started airing on England’s Channel 4 on January 28 (it’s a Friday night show). This show aired on BBC America and, later, Logo. 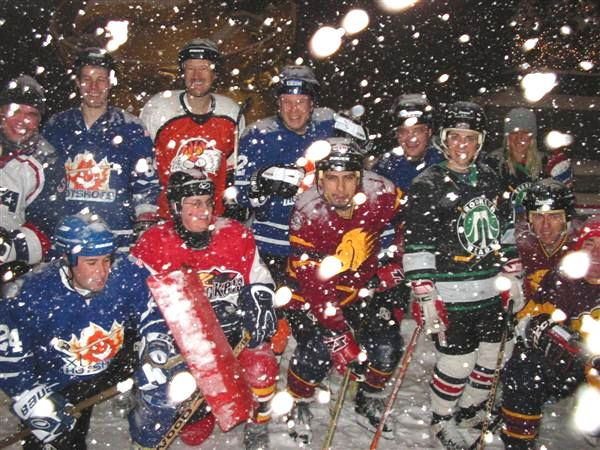