The NOH8 Campaign (@NOH8Campaign) rolled into New York on February 1, 2010 for an open photo shoot. Jeff took off work early and Will came uptown to go to the Empire Hotel near Lincoln Center to have photos added to the many others who support this important gay marriage/gay rights campaign.

Here’s the official shot we got in mid-March 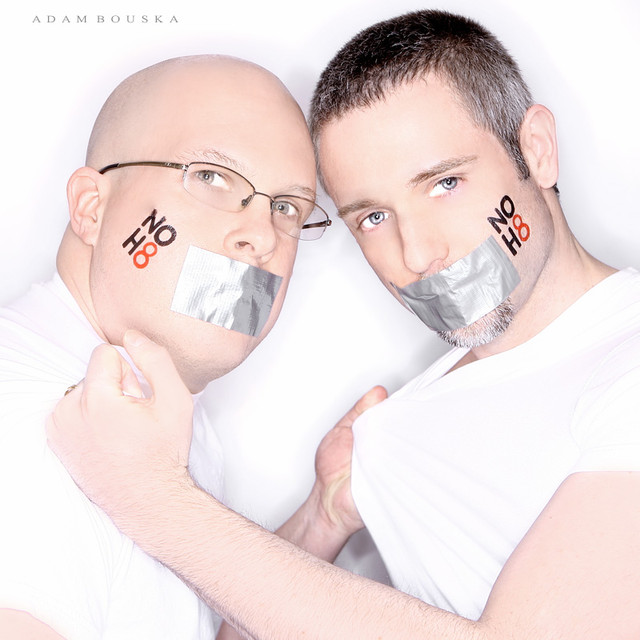 Here’s us right after the shoot. As you can see, it’s amazing what a professional photographer can do. We’ve never looked as good as we do in the above Adam Bouska image. 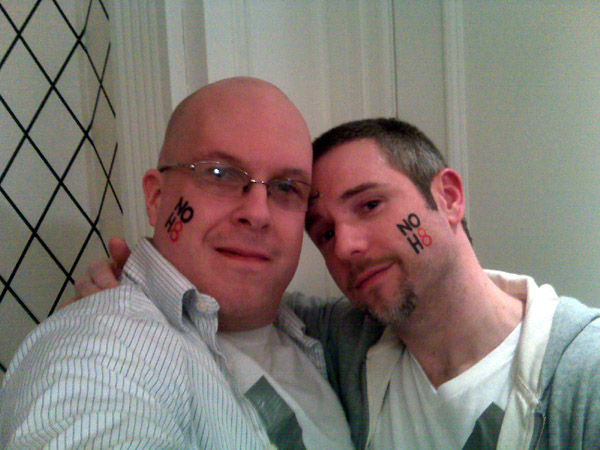 The nice couple behind us took pictures while the professional was taking the real shots. Here is a brief behind the scenes look at our shoot (click on the images to see the full size shot) as well as the official photo we received in mid-March:

We’re now one more image on the massive wall of people–famous and regular folks–who have taken time to be photographed to show their stand against the hateful California Prop 8 vote that took away marriage after the state legislature put it in place. 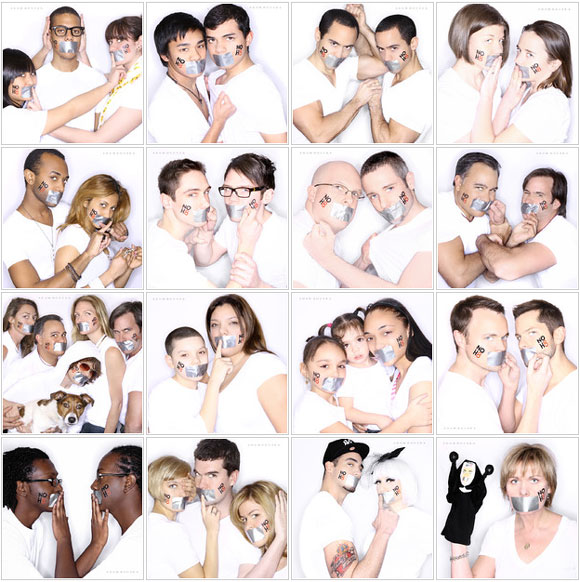 It was very exciting to be professionally photographed for such a great cause and to see so many other people–gay, straight, families with children, celebrities (we saw Spike Lee leaving as we came in)–there for the same reason. The NOH8 campaign is important to us becuase we have good friends in California (Chris, Peggy, Tom, Clint, Chad, Michael to name a few) who were granted the right to marry only to have it stripped away. It’s also important becuase we continue to want to be legally married and have that marriage recognized on the state and federal level. This May marks our 15th anniversary together, yet there is still no legal recognition available.

You can show your support for NOH8 by visiting the website. You can check out Cindy McCain’s fantastic photo that she took earlier this year (showing that, in some cases, republicans are with us) and find how how to take your own photo that you can upload to the site.

We were also videoed and Jeff was interviewed by DNAinfo.com, a New York City neighborhood-oriented news site. “New Yorkers Protest Prop 8 by Posing With Duct Taped Mouths” is up on their website, and here is the video.