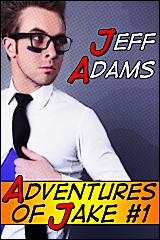 It’d been a while since Jake worked a birthday party that wasn’t in the park. It was a great opportunity because it came with a hefty payday. Not only did it get him a few hundred dollars in his paycheck, it had the potential for a cash tip.

He grabbed his backpack as he got out of his car at the pizza place. He checked in with the hostess who went to get someone from the party. He was stunned when she returned with Michael.

“Dude. Twice within a week we run into each other.”

“Weird, right? I didn’t make the connection when I picked up the assignment last night.”

“You can get changed in the office,” the hostess said. “Follow me.”

“Thanks.” Jake went with her. Michael fell in step next to him.

“You didn’t tell me you were Fire Force.”

“It didn’t exactly come up. I don’t talk about it much, people usually find it weird I spend hours at a time dressed up like a superhero.”

Michael shrugged. “Not so weird. Someone’s got to be in those costumes.”

“Here we are,” the hostess said.

“Great. Thanks.” Jake and Michael went in and closed the door.

“Hope you don’t mind being stuck with me. I told my mom I’d take care of the hero, even before I knew it was you.”

“It’s cool.” Did Michael plan to just sit here? Jake had to get changed, but Michael was right there. Jake took the costume out of his backpack and decided he didn’t have a choice. He kept his back to Michael as he pulled his shirt off.

“So the semester start up good for you?” Michael asked.

“Yeah. I’ve already got a big exam in biology next week, but then it’ll calm down for a couple weeks.” He stripped off his jeans and took a deep breath as he dropped his boxers too.

Jake pulled on the briefs that went with the costume and worked to his adjust his cock and balls comfortably in the pouch.

Michael snickered behind him. “What the hell kind of underwear is that?”

Jake laughed. “Ridiculous right?” Shyness aside, he turned to face Michael. “It’s designed to make sure there’s no chance anyone can see any outlines in the suit.”

Embarrassed, Jake turned around and pulled on the suit, bringing it up to his waist.

“Seriously, those baggy clothes you wear don’t show you off right.” Jake jumped as Michael’s hands were suddenly on his shoulders, turning him around. “You look really good, Jake.”

“How long have you been Fire Force?”

“About a year and a half now.” He had to reach into the underwear to adjust himself. Michael touching him gave him an instant erection and it was straining in the briefs. He tried to be nonchalant, but he turned bright red with Michael just inches away, watching.

“Everything okay in there?” Michael gave him a mischievous grin.

“Um, yeah. It’s gonna be a couple hours, gotta make sure everything’s put away right.” Jake pulled the suit across his chest and got his head through the hole so he could zip up.

“Wow. You are the perfect image of the action figure,” Michael said as Jake zipped up the costume.

“Wait. Not done yet.” Jake reached in his backpack for the hair gel and, using the small mirror he brought, he spiked his hair to match the Fire Force image. He added the orange-tinted goggles. “There. All done.”

They stood facing each other, practically touching noses. Jake’s hardon crushed against the briefs. It was going to be a long party at this rate. An adorable smile broke across Michael’s face. Before he could stop himself, Jake leaned in and put a soft kiss on Michael’s lips.

“Shit, man. I’m sorry” Jake pulled away, took three steps back and ran into the desk.

“Dude, it’s okay.” Michael smiled again. “I got kissed by Fire Force. What’s not to like?”

Michael leaned into Jake and returned the kiss. Jake eagerly kissed back. Their tongues met, pushing back and forth between their mouths. Jake’s body vibrated from having this man push into him.

Jake gently pushed Michael back. “Wow.” He smiled at Jake. “I can’t believe I’m kissing you.”

“I never thought I’d be kissing someone like you.”

“Like me?” Jake grinned big, knowing where this was going.

“Um, yeah. I’m not used to geeks being this hot.” Michael leaned in for more kissing.

“We’d better stop. I have to go dazzle your brother.”

“I suppose you’re right. He might not like me taking his hero. So, I’m supposed to be in charge of your visit. What does that mean anyway?”

“You just have to make sure I don’t get mobbed. I can handle almost anything, but if I call for you you’ll need to help extract me from whatever is going on. It should be a pretty easy couple hours though.”

“Let’s get this going then. Lead the way to the birthday boy.”
[space]
[callout]