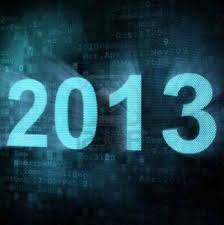 I usually have a good time putting together my year-end wrap up.

Significant things happened in 2013–some incredibly awesome and others tremendously sad. The past few days I’ve debated what to lead with and there’s really no choice but to go with the sad first. 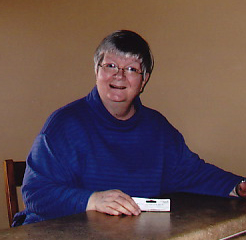 At the end of March my mom passed away. As you would expect it cast a shadow over everything else. There were so many great things that happened in the months that followed that couldn’t be shared with her. I couldn’t send an IM. I couldn’t pick up the phone to chat. The visit we had planned in October became a visit to clean out her house because it had been sold.

Suddenly she was just gone. I’m thankful she passed quickly, just like she always said she wanted. I was lucky we talked the day before it happened. There was nothing left unsaid to cause regret. It’s just a significant hole that’s there because she’s not here to share the good stuff, to get some medical advice, to talk about world events, to ponder various pop culture headlines and to jabber about what ever is going on. She will be missed into 2014 and well beyond.

The aftermath of her passing though brought forth an unforgettable amount of love and support. in particular Will was amazing. He’s always my rock of support through whatever may be happening. He went so far above and beyond in the week we were in Alabama. What ever emotional state I was in, he took care of me. If i needed to cry for minutes, he held me. If I needed to be alone for a bit, that was okay. He got way outside of his comfort zone and talked to people he didn’t know (and in some cases that I didn’t know) because it had to be done. He was amazing and I’m not sure I’ve ever thanked him enough for all he did in that week.

The outpouring of help friends like Cheryl, Anglea, Ann & Brian (Ann, who helped navigate he entire funereal arrangements meeting can’t be thanked enough), Mary & Adolph, Jane, Faye, Virginia were all incredibly supportive and awesome. This was the case not only during the week of the passing and funeral, but also in the months that followed as I worked to take care of the estate business. My co-workers and clients were incredible also. At the office, people stepped in to make sure things got done, and the clients helped make sure the people in my place had the support needed to make sure everything went right. I’m thankful to have co-workers and clients that are that awesome.

I had no idea what was involved in handling an estate before this year and I can’t imagine what it would’ve been like if my mom hadn’t planned as well as she did. I was the executor and sole heir of an estate that had no debt and yet it took until just before Christmas for the estate to be declared closed (actually I’m still waiting on the final paperwork, but the reality is that it’s closed). It’s stunning to me how our society takes one of the most difficult things that can happen and make it take months to settle all the legalese. The lesson I got here was to plan and make sure everything is in order for the survivors. 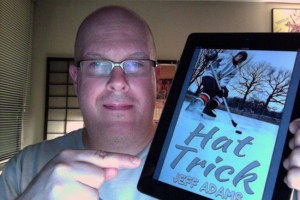 The good stuff of 2013 leads with the publication of my first novel, Hat Trick. I got the contract for it back in March (just a couple weeks before mom passed, so I’m happy she at least got to know it was happening). The book published in September. I didn’t know what to expect when it came out, but I’m thrilled that 1) people bought, and continue to buy, the book, 2) the majority of reviews are positive and 3) most readers seem to want more of the characters.

Of all the incredibly cool things that happened since the publication (and there’s a lot), there are three that really stick with me:

I closed out the year publishing a free short story sequel, Hat Trick Overtime: A Classic Winter’s Night on Hat Trick‘s website (it’ll be officially published as a free ebook January 19). I’m in progress on two more books, to make a Hat Trick trilogy, that I plan to submit for publication during 2014.

So what else noteworthy happened in 2013?

Back to GRL: This year the GayRomLit Retreat was in Atlanta and it was the primary vacation Will and I took for the year. We had a blast! We caught up with friends, made  new ones, discovered some new authors to read and learned some good stuff about the craft of writing and the business of publishing. I wasn’t there as an official author, but I did get to talk with people about Hat Trick and that was fun. It’s great when a vacation can spark your creativity and GRL definitely does that.

The Power of Friends: The community of gay romance writers and readers is an amazing one. I see that at GRL and on Facebook, but during December the true awesomeness of the community showed bright. At GRL this year, author TJ Klune proposed to author Eric Arvin during one of the panel discussions. It was such a romantic moment. Just a couple weeks before Christmas, Eric was rushed to the hospital with breathing trouble. As it turned out a non-cancerous tumor was on his brain stem causing the issues.

Lots of tests and eventual surgery occurred (and so far, recovery is going well). The community of authors and readers stepped up in an amazing way, showering the couple with prayers and positive thoughts, posting 5 shuffled songs each day (which is something Eric does that we all love, so a bunch of us keep it going in his absence). Most impressively, a fund was started to cover hotel rooms for family and close friends, medical bills and anything else the couple needed to make this time less difficult. The fund quickly grew to over $30k. It was an extraordinary outpouring of love for these two. We were proud to donate, and privileged to watch it grow as people did what they could to make sure these two were taken care of in their time of need.

Cycle for the Cause: It was another incredible year doing Cycle for the Cause. I had a personal best fundraising record ($4,215). The ride always surprises me because I get things out of it that I didn’t expect. The year delivered that a couple times over as I dug deep to keep on riding when I really wanted to stop and then I  surrendered my bike to another rider who needed to finish. I’m not sure for 2014 if I’m going to be a rider or crew member, but I will be there and will raise as much money as I can because this continues to be an important cause to me.

Favorite Books: One of the problems I have when I’m writing as much as I did in 2013 is that I don’t read as much as I’d like. That said, I read some extraordinary books this year (these are in no particular order): Bill Konigsberg’s Openly Straight, David Levithan’s Two Boys Kissing, Aaron Hartzler’s Rapture Practice, Alex London’s Proxy, Jeff Erno’s Dumb Jock: The Musical and John Green’s The Fault in our Stars (I know that’s a 2012 book, but I didn’t get to it until 2013). Yes, I read a lot of YA and it was only YA that made my “best” list for the year, but each of these really affected me in one way or another. They also push me to be a better writer as each of these author’s excels at their craft.

Three of the dance performances we went to also make the favorite list:

And that’s the 2013 recap. It had it’s hardships, but overall it’s impossible to call it anything but a good year because the hardships were met head on and truly wonderful things happened too.