It’s been way too long since I’ve reviewed a book and yet I’ve read or listened to so many awesome titles in the past few months. Here’s a rundown, starting from the most recent.

Then The Stars Fall by Brandon Witt 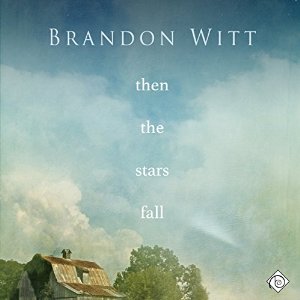 I can’t believe I waited this long to read something by Brandon Witt. I snagged Then the Stars Fall from Audible when it was on sale as a “Hidden Gem.” It certainly deserves that title. This is the story of Travis, a widowed rancher with three kids, and Wesley, who moves to small town where his grandparents used to live so he can  work at the vet clinic. Both men have baggage. For Travis, he’s quashed his bisexuality for decades because he loved his wife. Wesley, meanwhile, is trying to put his life back together after a nasty breakup. I loved how Brandon paced this story, going from just as Wesley gets into town and stretching over a year (possible more). The slow ramp up of the men’s romance along with the varied reactions of the townfolk, and the families, made for sweet, yet intense reading. I absolutely loved it. Narrator Andrew McFerrin did a terrific job of brining the story to life.

Him by Sarina Bowen and Elle Kennedy 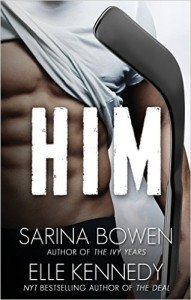 Sarina Bowen is responsible for one of my very favorite books of 2015, The Understatement of the Year. This fall she came out with Him, which was co written by Elle Kennedy. While Him didn’t pull on my heart as much as Understatement, I absoutluey loved the romance between Jamie and Ryan. The two hadn’t spoken in years after a misunderstanding at camp when they were in high school. When they meet up again as their graduating college and preparing for NHL careers their past comes back for them. Sarina and Elle do a wonderful job alternating POV between Jamie and Ryan. I loved the back and forth as they were figuring out what they wanted, as well as the very different ways their parents behaved. This book was a speedy read because it was difficult to step away from the guys’ adventure in figuring out how to be together. 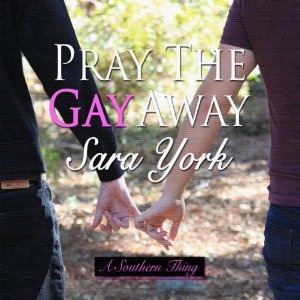 This is another set of books I can’t believe I haven’t read before. These first two books in Sara’s A Southern Thing series are not easy reads but they are so relevant in today’s culture.

In Pray the Gay Away we meet Jack, the oldest son of a ultra conservative minister in small town Georgia. He knows he’s gay. He knows he must keep it a secret. Jack also knows is younger brother Billy is gay, even if Billy doesn’t yet. Jack knows he has to do everything he can to keep Billy safe because if his father figure’s out the secret he would make Billy’s life miserable. Jack does a pretty good job playing straight until Andrew showed up. Andrew’s family moved him to Sweet, Ga., to get him away from the gay lifestyle of Atlanta and to pray his gay away.

As Andrew and Jack become friends and then boyfriends, they play a dangerous game of deceptions, especially as Jack tries to save Andrew from the parents who are starving him (among other things). This is a tense and emotional read, but also excellent in its story telling. 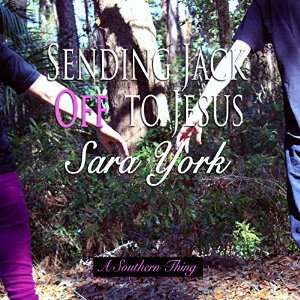 In the second book, Sending Jack to Jesus, Jack’s cover is blown and he’s sent to be “fixed” and a horrible camp. Meanwhile, Andrew has run away thinking all is lost.

This book is tense is different ways than the first. Andrew’s sense of hopelessness is tragic. The conditions for Jack at camp are unthinkable. Thankfully there are people trying to help them. Jack’s mother has an amazing journey in this book as she begins to question her husband’s preachings and begins to make up her own mind about homosexuality and the church.

These books are very much worth the read for the awesome characters of Jack and Andrew, plus the important message they impart. If you’re going audio like I did, Jason Frazier does an excellent job voicing the boys through all their emotional ups and downs.

I’ve got two more books left in this series and they are next up in my Audible queue, so they’ll probably be read in January.

Mind Over Easy by Bryan Cohen 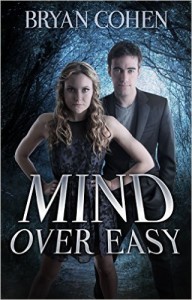 This is the second book in Bryan’s Ted Saves the World series. Mind Over Easy is a great sequel, picking up shortly after the events in the first book. Ted’s training to control his powers, but Erica is keeping secrets from him so that he doesn’t become too powerful.

The stakes ratchet up significantly in this book as Ted faces backlash from those who don’t think he’s a hero, but simply someone who should be locked up for having alien powers. These anti-alien group is nearly as evil as the actual baddies. As for the ones looking to take over the Earth, they are very much on the loose too and are willing to do whatever it takes to take over the world.

This was very enjoyable. Bryan balances his story great between superhero exploits along with Ted trying to be normal teenager. There are several more books in this series, and I’ve got the next two already in my tablet…just got to make time to read them.

Off the Page by Jodi Picoult and Samantha Van Leer 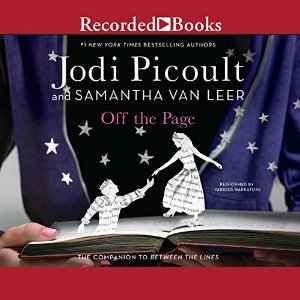 This was a fluke purchase I picked up because Audible recommend it to me. The cover caught me first, the guy stepping out of the book and then the blurb made it a must purchase. Off the Page is the story of Delilah, who magically brings prince Oliver out of the pages of a fairy tale and into her world. The catch is that there must be a trade–for Oliver to come out of the book, someone must go in.

It’s not that easy though, as Oliver is getting used to life in the real world, things aren’t going so well inside the book. It seems the book isn’t too happy about the changes being made.

I always try to avoid spoilers when I talk about books and I have to be very careful here. I don’t want to ruin the delightful story for anyone. The book is a sequel (or “companion” as the cover says) to Between the Lines. I haven’t read that book and had no trouble reading this as a standalone. The world Jodi and Samantha have built was wonderful to visit, cleverly constructed and heartbreaking/heartwarming at the same time. I might well go back and read Between the Lines so I can visit that world again.

All The Bright Places by Jennifer Niven 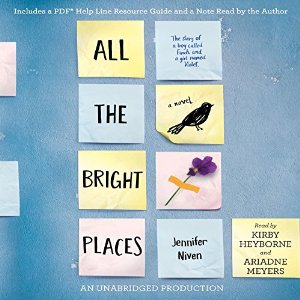 This was a tough book to read but wonderful at the same time. You know you’re in for an emotional tale when the blurb says this: “When Finch and Violet meet on the ledge of the bell tower at school, it’s unclear who saves whom.”

Finch and Violet are both damaged–Violet because of her sister’s death and Finch, well, it just kind of who he is. Jennifer does an incredible job brining Finch, Violet, and their adventure to chronicle the wonders of their state for a school project. Along the way, and despite the fact that they know they shouldn’t, the end up falling for each other too.

The emotions in All The Bright Places were hightened for me by the excellent narrating team of Kirby Heyborne and Ariadne Meyers. They perfectly captured Violet and Finch. I’ve heard this is being made into a movie. I hope it’s as powerful as the book.

All right….now I’m caught up. Moving forward I hope to do timely reviews of books as I finish them.