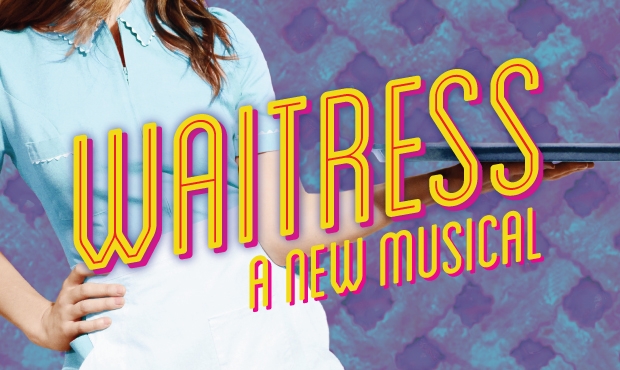 I’ve known Sara Barellies for years. I first saw her, and met her, in 1993 or ’94 when she was a teenager starring in a production of Charlotte’s Web: The Musical at Ferndale Rep (also notable there was it was one of the first time I saw my future husband, too). A couple years later, I shared the FRT stage with her in a production of Mystery of Edwin Drood. In ’97, Sara and her sister, Stacey, performed “I’ll Cover You” from Rent as part of our commitment ceremony. While I’ve lost touch with Sara over the years, it’s been amazing to watch her career since that first time I caught her as a spotlighted download on iTunes in 2007.

Last night I attended Sara’s first musical, Waitress at American Repertory Theatre in Boston. It’s not surprising given her background in musicals, and growing up in a household that embraced theatre, that she’d compose a great score. She nailed the nuances in Adrienne Shelly’s film about a pie making waitress trapped with an abusive husband, a child on the way, and a doctor who is looking for something different in his life. 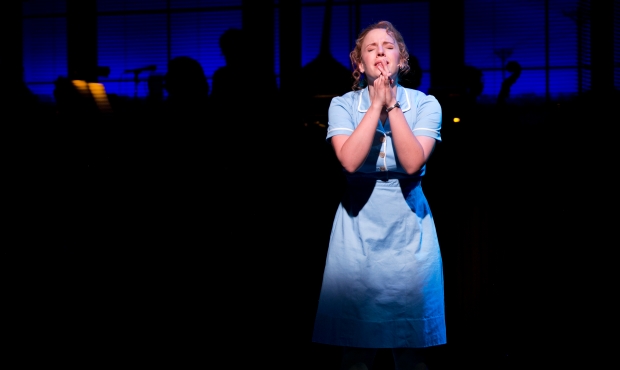 Sara’s written some of the finest music of her career in this show, especially Jenna. “A Soft Place to Land” in Act I, where Jenna reflects on learning how to bake with her mom, was powerful. In Act II, Jenna’s lament on her life, “She Used to be Mine” was devastating, haunting and beautiful. The duet between the Doctor and Jenna with “Bad Idea,” which closes the first act and opens the second, had a great musicality and fun lyrics. While every song is truly great, these are the ones that really stood out for me.

Sara’s always had the ability to write music that pushes my emotions, going back to “Gravity” on her first album. “A Soft Place to Land” really hit me. My mom loved Sara’s music. She too first saw Sara in Charlotte’s Web when she was visiting after I’d moved to Humboldt County. Of course, she was also present when Sara sang with her sister at our wedding. She loved Sara’s albums and I know she would’ve loved this show. “A Soft Place to Land” really drove home how much I miss having mom in my life. 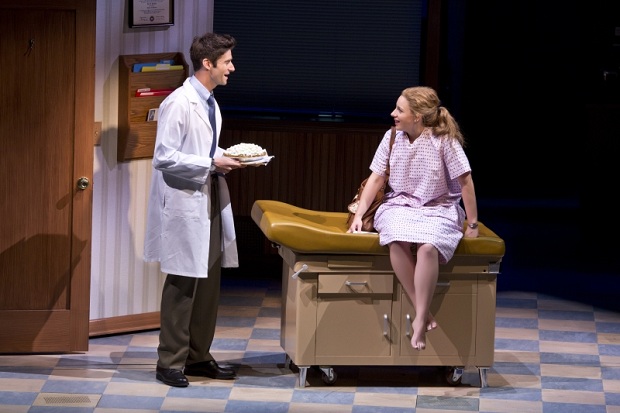 Jessie Muller, a Tony winner for Beautiful: The Carole King Musical, plays Jenna perfectly. She captures her sadness and longing for more, while also embracing the occasional crazy happy times, such as her affair with the doctor and the courtship and wedding of one of her friends. She also sings Sara’s music beautifully. In the same way she channeled King, she does the same now with Sara. Keala Settle as Jenna’s friend Becky had great sassiness. Dawn, the more timid friend, was fun to watch as she came out of her shell thanks to Jeremy Morse’s Ogie. Their “I Love You Like a Table” was a hoot. Drew Gehling in the role of the doctor was spot on as he went from bumbling doctor to lover to concerned friend. He and Muller rocked it on “Bad Idea” but got very tender in “You Matter to Me.”

Director Diane Paulus, who has helmed such masterful works as the recent revivals of Pippin, Hair and Porgy and Bess, continues to show why she’s one of the best directors around today. She knows exactly when things need to be delicate and when the energy needs to amp up. She’s done great work here with her cast and designers. 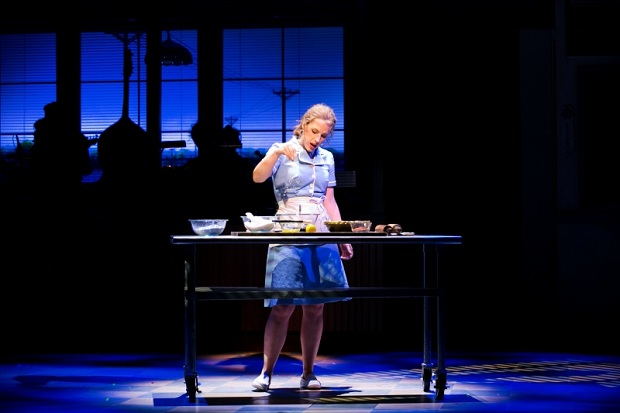 Waitress finished it’s world premiere engagement at ART later this month and moves on to Broadway in the spring. I have no doubt it’s going to be a major contender for Tonys in 2016. According to her bio, Sara is supposed to release a recording of Waitress songs this fall, which I look forward too along with a cast recording eventually as well. Most of all, I look forward to sharing this show with Will during a spring NYC trip.