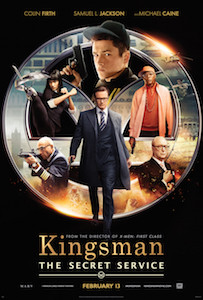 Kingsman: The Secret Service certainly looked good in the trailers, but it was outstanding at the movies. This spy/thriller was fun, stylish, more than a little violent and absolutely something I’d like to see more of. The plot was an easily relatable one, too, since it used the premise of our technology connected world to unleash some evil.

Colin Firth, Michael Caine and Mark Strong give this movie some proper British spy dignity, while Taron Egerton and Sophie Cookson stir things up bringing some new blood to the Kingsman.

The movie works well with a little bit of origin story, as the Kingsman look to replace one of their spies who has fallen. This gives great insight into how they operate for those of us who aren’t familiar with the comic books (as I was not). At the same time, the plot unfolds with Samuel L. Jackson’s Internet millionaire up to no good, along with his henchwoman, played by Sofia Boutella. Boutella not only gives new meaning to “bladerunner” but also seems to channel Uma Thurman from the Kill Bill films.

Speaking of Kill Bill, Kimgsman has a good bit of stylized, Tarantino-esque violence in it. The scenes fit right into the feel of the film, just as they do in Tarantino’s films. One in particular, about midway through the film, was kinda fun to watch. I loved how the movie was plotted, there are some fairly obvious things that happen, and the movie even sends up those kinds of plot points, but there’s also some really nice twists too that I didn’t see coming. 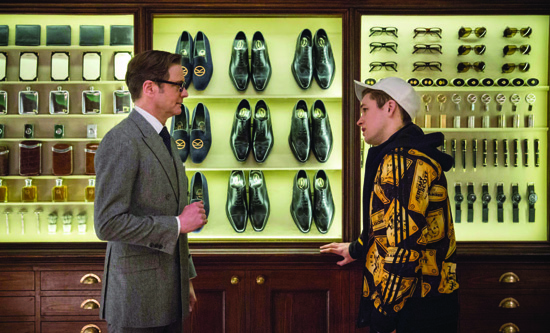 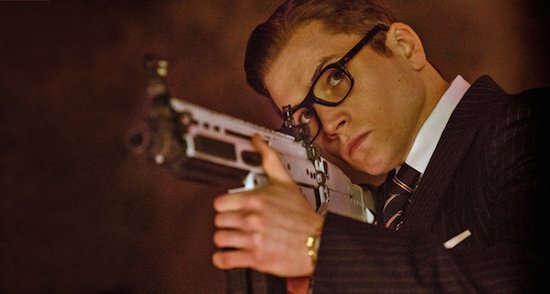 I hope this movie captures a large enough audience that there’s a sequel as smart and fun as this. it’d be nice if the Bond franchise took some clues from here too. The last couple turns have been very serious, and it wouldn’t hurt to get back to some of the more cheeky films like GoldenEye or Moonraker.