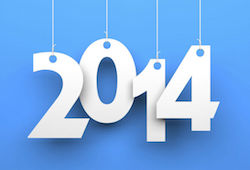 I know, the year’s not quite gone yet, but it’s getting close with just ten days left and it’s time to wrap up the year.

Since I actively maintain two blogs now, if you’re interested in the writing side of life you can read my wrap up on Jeff Adams Writes. There’s plenty to talk about right here as there was much going on for Will and I over the past twelve months.

Of course, the major happening of 2104 was moving from New York to California. It was a huge undertaking, but was a great thing to do. Life is much more peaceful here. It’s wonderful being back with our friends.  I’ve enjoyed working East Coast hours for Usablenet and having most of the afternoon to write or whatever else may need doing.

Here are my favorite things from 2014: