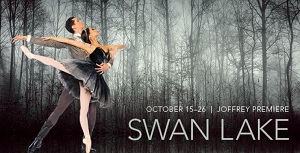 While we were in Chicago for GayRomLit, one of our anniversaries fell on Sunday, so we decided to go to the Joffrey Ballet’s premiere production of Swan Lake choreographed by Christopher Wheeldon. This is our third production of the classic ballet, having seen American Ballet Theatre’s production a few times as well as Matthew Bourne’s all-male version.

This telling put yet another spin on it. Part of it happens in the rehearsal hall as a company prepares to perform Swan Lake, other parts occur within the mind of the principal dancer that plays the prince. It’s an interesting way to go, and it made for an incredible afternoon.

Act I opened in the ballet studio as the patron and ballet master watch rehearsal. There’s some sublime dancing in this section from some of the featured dancers, especially the pas de trois. 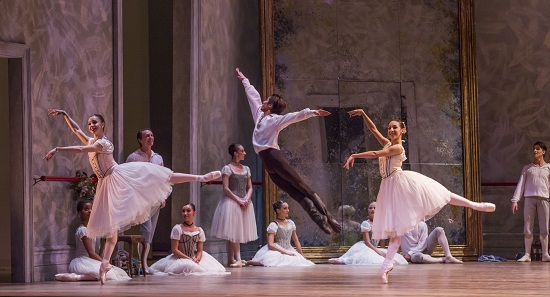 At the end of rehearsal, the principal dancer stays behind and conjures the fantasy of Swan Lake and looses himself in the moment, dancing beautifully as Act II begins and the swans and Odette appear and a battle with Von Rothbart begins.

For Act III, rather than the prince’s party there’s a gala dinner celebrating the troupe’s upcoming performance. I loved the dances presented at the dinner, especially one that seemed a riff on the dance of the seven veils with a female and her suitors. It was sexy cool. There was also a tango-infused number that was tremendous. Of course, this is where Von Rothbart tricks the prince/principal dancer. The dance between the principal dancer and the evil black swan was breathtaking in its complexity.

Act IV, back at the lakeside, with the Principal Dancer blurring the reality of the rehearsal space with the late the final dances with the flock of swans and Odette. This act featured some of the best choreography of the three Swan Lake productions I’ve seen. Everything built to crushing crescendo as Odette has left forever and the prince is left alone. In this case, it’s the principal dancer left in the rehearsal studio as the dancer’s are returning for rehearsal to begin. 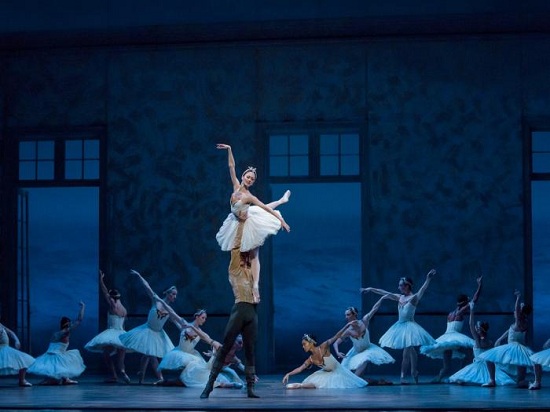 When I read about, and saw the video below, this production, I wasn’t sure how I”d feel about it. Every expectation was exceeded. I’m glad I got to experience this Swan Lake and finally got to see the Joffrey.