Who’s In Your Arena? 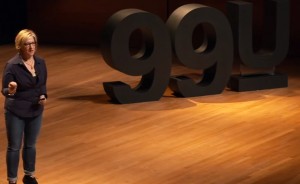 Will and I have been taking an online course to help increase our writing productivity. We wrapped up the course yesterday. I got somethings out of it, mostly how to make better goals around my writing as well as some tips for how to get out of my own way.

One of the most insightful parts of the course was a supplemental video featuring a talk Brené Brown gave at a 99U Conference. “Why Your Critics Aren’t The Ones Who Count.”

Brown credits a quote from Theodore Roosevelt for a shift that happened inside of her and the way she perceived criticism, especially the hateful, personal attacks that can keep you from doing the work you should be doing.

“It is not the critic who counts; not the man who points out how the strong man stumbles, or where the doer of deeds could have done them better. The credit belongs to the man who is actually in the arena, whose face is marred by dust and sweat and blood; who strives valiantly; who errs, who comes short again and again, because there is no effort without error and shortcoming; but who does actually strive to do the deeds; who knows great enthusiasms, the great devotions; who spends himself in a worthy cause; who at the best knows in the end the triumph of high achievement, and who at the worst, if he fails, at least fails while daring greatly, so that his place shall never be with those cold and timid souls who neither know victory nor defeat.”

What changed for her? She offered three things:
– It’s not about winning or losing. It’s about showing up and being seen.
– This is who I want to be. I want to create. I want to make things that didn’t exist before I touch them.
– If you’re not also in the arena getting your ass kicked, I’m not interested in your feedback. (She’s careful to note though, you have to invite these people into your audience and acknowledge they are present.)

The talk is certainly inspirational. Anyone who’s putting themselves out there and creating new things, faces criticism from those who snipes from the sidelines where it’s safe. Brown lays out how to consider your audience, using Roosevelt’s words as the foundation. If you haven’t seen this 22 minute talk, it’s worth the time out of your day. It certainly opened my mind up to a better way of thinking.

Now go back into your arena, do great things, and deal with your audience accordingly!