It’s rare that I get this 100% right. I said it in the first competition post as I placed Ricky and Jessica’s dance in my number 1 spot for the week: “This is the guy I want to see win!”

And win he did. Ricky showed gave awesome dances week after week, had a winning and adorable personality and came out on top last night as America’s Favorite Dancer. My only disappointment in the proceedings was that Zack came in fourth. He’d been so good in the top 10, and particularly in the past two weeks. I really wanted him at number two. 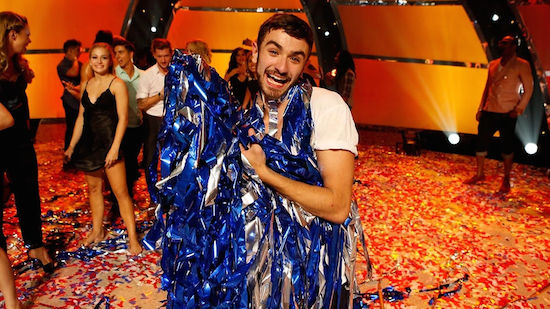 There were a couple of new excellent dance numbers. The Warren Carlyle-choreogrpahed opening number featuring the complete top 20 was spectacular. It would be great if Carlyle choreographed more often on the show. The other new number was from Christopher Scott and Sonya Tayeh featuring the top 10 and the All Stars. This was a great shot of energy watching these two groups work together and the message of the dance was great too.

One guest start of note was the winner of SYTYCD Australia, Michael Dameski. Video of one of his solos went viral last week and he performed that on the show last night. He is spectacular. This video is from his Australia performance. Hopefully we’ll see more of him.

It was a fantastic season for SYTYCD. There was no talk on the program, unless I missed it, of season 12. But I hope Fox renews the show and we spend summer 2015 watching another group of excellent dancers.