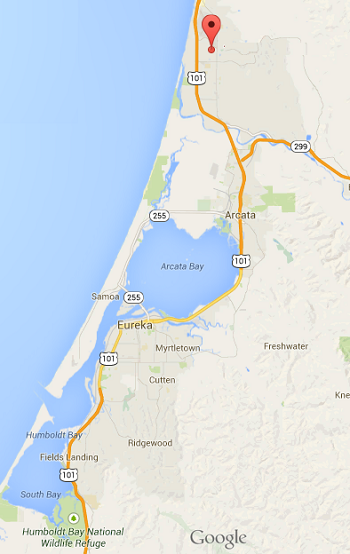 It’s been a busy ten days since we left New York City. The major things we’ve accomplished have all happened within this week.

On Wednesday we signed a lease for a house in McKinleyville, which is about 10 miles north of Eureka. You can check out the lay of the land on the map.

Thursday, since we had an address, we bought a car. We could wait to get an address because our good friends Chris and Peggy had a spare vehicle to loan us so we weren’t burning money on a rental (thanks, Chris & Peggy… and Matt, whose car it will eventually be). We bought a zippy little Kia Rio. It gets good mileage, has an audio system that makes me happy and should serve us well for years to come.

Friday we did more mundane things like buying a washer and dryer and some other things for the home.

We like our house a lot. It’s in a nice neighborhood. It’s a roomy three bedroom, two bath with a lot of natural light (including skylights in the kitchen and one of the bathrooms), a two car garage, washer/dryer hookups (yay, no more laundromats) and tons of closet space. There’s also a small patio and fenced yard so we’ve got some outside (although not a ton, which is good to keep maintenance low). 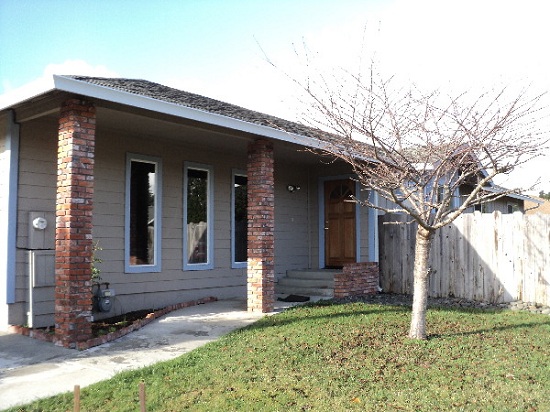 It’s been great being back here. It truly feels like being home after a long time away. We’ve already seen a show at Redwood Curtain, been to several of our favorite restaurants (including the newly opened–or reopened–Curly’s Full Circle in Ferndale). We’ve also hit the used book stores in Eureka (two), Arcata (two) and McKinleyville (one).

We’ll be settled into the house by the end of the month. Essentially we’ll be on vacation this coming week while we’re waiting on our stuff to get here (the truck is still on the East Coast as I write this on Saturday night). Our stuff should arrive between the 25th and 30th, hopefully on the earlier side of that. The cable/internet gets installed next Friday and our washer/dryer show up on the 30th.

Now eagerly looking forward to getting set up and into a regular routine again.