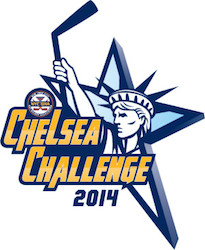 Chelsea Challenge 2014 has come and gone and I came out of it without a medal, but a tremendously great time. I played four games in about 27 hours, between Saturday afternoon and Sunday afternoon, played on a great time and caught up with a couple people I haven’t seen in a long time.

I played in the developmental division this year because I wanted to play with Laurie. Since we’re not on the Tigers together any more, we only get to play against each other periodically rather than skating consistently together. The Dire Wolves (there was a Game of Thrones theme happening in the division, which someone explained to me since I had no clue what the names related to) had a lot of Tigers power. From Tigers 1.0 there was me, Laurie, Vickie, Rodney and Grigory and from Tigers 2.0 there was Joe and Jono.

The Wolves were pretty solid out of the gate having some one goal games. In our first game against the Lannisters (who were the gold medalists) we lost 3-2. Second game against Khaleesi’s Dragons were lost 1-0. Game three against the White Walkers we won 5-2 (yay us!). In the semi-finals on Sunday afternoon we were once again up against the Dragons and we lost 4-2 (really 3-2… the last goal was pretty much against an empty net as we were trying to get tied up an into overtime). 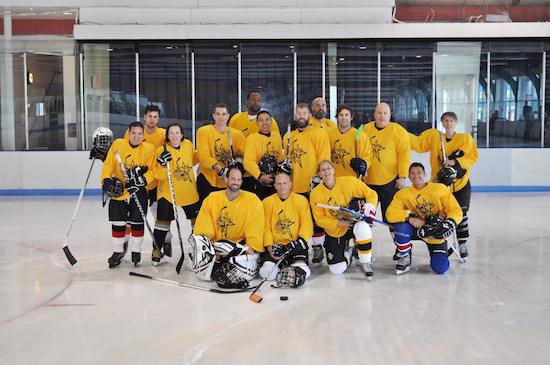 I had a great time on the Wolves defensive unit, which also included Vickie, Rodney, Allison and Jesse. For most of the games I was partnered with Vickie, which was fun to be paired with another Tiger. In the semis Vickie couldn’t be there so I alternated partnering with Rodney, which I’ve done a lot, and with Jesse, which was awesome after watching his solid game play to get to be out with him. Kudos to Allison too for running a fun team that played well.

Over the weekend I got to catch up with Gregg, who I haven’t seen in about three years because of our schedules along with the distances we live from each other. It was a highlight to see him, and to meet his boyfriend Darin. Matt was also there and we got to talk for a while too. He’s on a hiatus from hockey and doing a lot of career stuff that has made him less around.

It was a great time. Sure, it would’ve been awesome to win a medal, but it was still a spectacular couple of days.