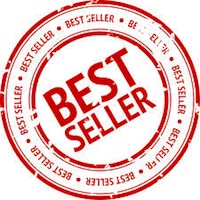 The journey Hat Trick is taking keeps amazing me.

The JMS Books/Queerteen Press best seller list for the first quarter of 2014 came out this morning. After being #1 in the fourth quarter of 2013 on both lists, the book took a small dip to #2 on Queerteen Press and #5 on the broader JMS Books list. It’s cool that the book continued to sell into it’s second quarter of publication at such a good rate.

I’m also happy that the book keeps sending funds to You Can Play. From the beginning I’ve donated one dollar for each copy sold to YCP and I just made a contribution this morning to represent this recent sales cycle.

Another great thing in Q1 was getting reviewed (and getting 5 sweet peas) over at Mrs. Condit and Friends Read Books. With that, I was nominated as Author of the Month for March and it was an honor to be alongside some of my own favorite authors. 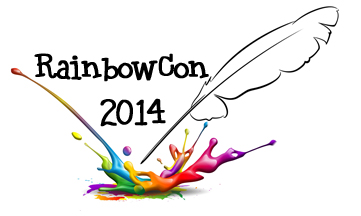 RainbowCon is just a few days away. I’m excited, and a bit nervous. RC is going to be awesome. There are so many excellent panels to attend and cool people to catch up with or meet. I am nervous about reading. I’ve been practicing what I’ll read, which is a segment of Hat Trick‘s first scene. I think it sounds pretty good. We’ll see how the attendees react. I’m less nervous about the panels I’m on. I expect those to be pure fun (I’m on both with Geoff Knight, how can they not be!).

RainbowCon will also mark the first appearance of Hat Trick Overtime: A Classic Winter’s Night in print! All RC attendees will get a free copy of the short story in their welcome bags, which will also have a way to access the full scene that I’m reading from Hat Trick as well as a sneak peek of the first chapter from Hat Trick 2: Playing the Rebound (it’s still a work in progress, but it’s time to let some of it out into the world). Stay tuned to the website, I’ll release that chapter here once I’m home from RC… which will be after Will and I hit Disney World and Universal.

For the Overtime booklets I have to give a huge shout out to one of my best friends, David LaBounty. Dave and I co-founded The First Line back in 1999. He continues to do great things with that magazine as well as with Blue Cubicle Press, which grew out of TFL. He was a ginormous help in creating a good-looking and low cost booklet that I could feel good about giving to RC attendees.

Meanwhile, speaking of HT2, as I’ve taken to calling it, the book is moving along nicely. Feedback from my beta readers is positive and I’m integrating some of their feedback into the manuscript. My goal is to have all their comments by end of April and get it submitted in May. There’s also work going on with HT3, including figuring out this week what should be a kick-ass final chapter. As HT2 finishes, HT3 will shift into being primary focus. I’d say the first draft is about half way done.

Thanks to everyone who continues to support Hat Trick!