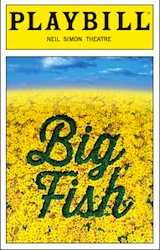 I thought the film version of Big Fish was fairly mediocre. It wasn’t horrible, but it wasn’t as great as I wanted it to be either. I was interested in the stage musical because I’m a huge fan of both Norbert Leo Butz and Bobby Steggert. Combine them with music form Andrew Lippa and choreography and direction from Susan Stroman and it felt like this was going to be enjoyable. My expectations were exceeded and I was blown away by Big Fish and am shocked that the production is closing at the end of the year after playing only three months.

As expected Norbert Leo Butz is a powerhouse in the role of Edward Bloom, a traveling salesman who has led an extraordinary life, or perhaps he just spins the tales of an extraordinary life. His loving wife (the wonderful Kate Baldwin) completely supports what he says, but their son, Will (the older version is played by Steggert), is not so sure he actually knows his dad. 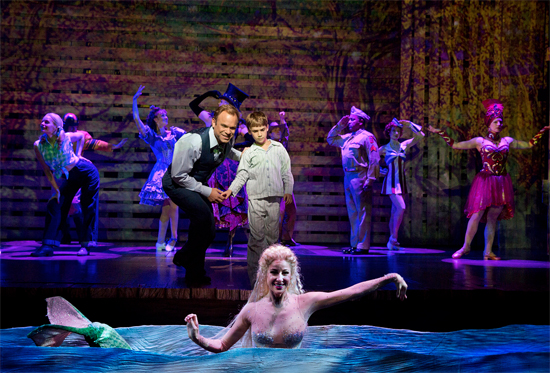 This production is extraordinary. Lippa has written a beautiful score that Butz sings so well. The opening “Be the Hero” sets the tone for the entire show, and had me hooked from there. “Stranger,” sung by Steggert, was perfect showing how much Will wants to know his father. “Daffodils,” which closes the second act and shows how Edward wooed his wife was beautiful. 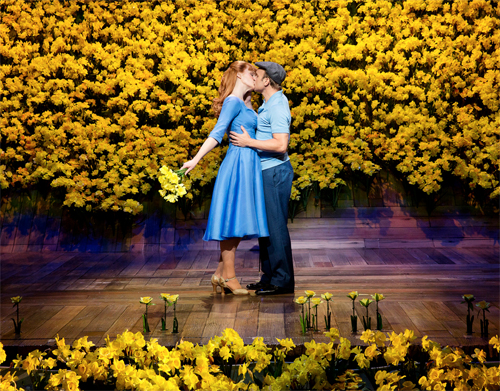 The stagecraft in the show is some of the best I’ve seen recently. They way the affects are pulled off, such as the giant, and shooting Edward out of a canon are seamlessly executed. I’m not usually a fan of video projections, but here they are used to really expand what’s possible for the scenic design without drawing too much attention. In particular, using to show how time passes with trees growing and vines growing up the side of the house was perfect. Stroman’s choreography, which I’ve loved since I first saw it back with Contact, was perfect for this show, including the dancing elephants! 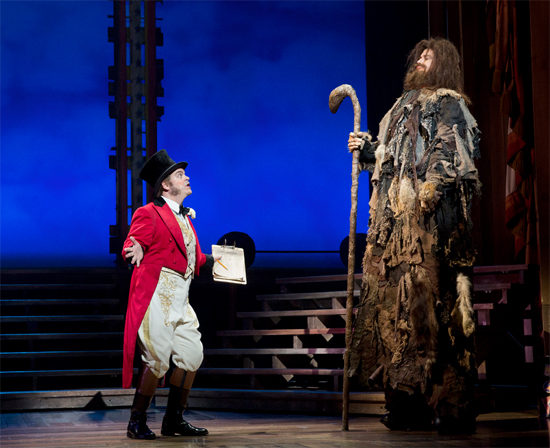 I’m glad I caught Big Fish before it closes. I hope it’s remembered at Tony time for it’s innovative scenic design, inspired direction and choreography, great performances form its leading cast (especially Butz) and its score (which I hope is recorded as I really want to own it).

Here’s a video sample of what’s playing through December 29 at the Neil Simon Theatre.