So You Think You Can Dance isn’t supposed to have an odd number of people so you know it’s always bad news when that happens. Top of the show this week we learned that animator Jade got injured during rehearsals and had to leave the show to get surgery.

The show’s elimination sequence was modified this week and turned out much better than last week’s disaster. This time out, the bottom three were announced and solos were danced, but the elimination came at the end of the show so the dancers could wow during the show in an effort to stay safe. This week the bottom three guys were BluPrint, Curtis and Jade while the bottom three girls were Jasmine M., Jenna and Alexis. Jade was eliminated off the top since he was already out. Of the girls, Jasmine ultimately went home.

The dancing this week was nothing short of incredible. It all started with a stunning Christopher Scott and Sonya Tayeh number that features a lot of Sonya’s trademark quirk and Scott’s complex moves. Everyone danced on a structure that looked sort of like the Les Mis barricade and they made the most of it, especially jumping off it. It was a great start to the show. 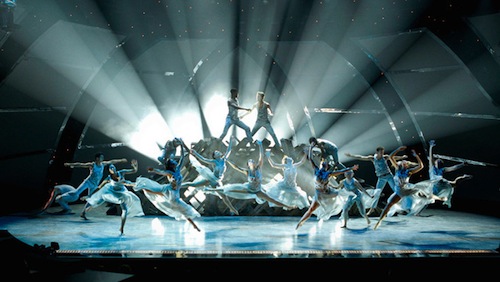 Of the nine competition dances, I actually have a top six and a half this week. I’m listing these top ones out in the order they were performed.

Fik-Shun & Amy paso doble choreographed by Jean-Marc Genereux: This fight-to-the-death paso was full of passion and drama. Both Fik-Shun and Amy found the right character for it and danced it great. Where their technique occasionally failed, their character and chemistry made up for it. Fik-Shun was very impressive as this hip-hopper really nailed this dance.

Aaron & Jasmine H Broadway choreographed by Spencer Liff: This was incredible. Spencer did some beautiful choreography that fit these two dancers perfectly. The musicality and chemistry was spot on. These two continue to be my favorite couple because they look so good together. This is one of my favorite all-time Broadway numbers the show has done.

Paul & Makenzie Contemporary choreographed by Lindsay Nelko: First time SYTYCD choreographer Nelko unleashed an impressive debut. Set to Idina Menzel’s solo version of “No Day But Today,” she told the story of a couple coping with a terminal illness. The dancing was beautiful and full of emotion. Paul was heartbreaking as the one having to deal with losing his love. I required tissue for this moving piece. 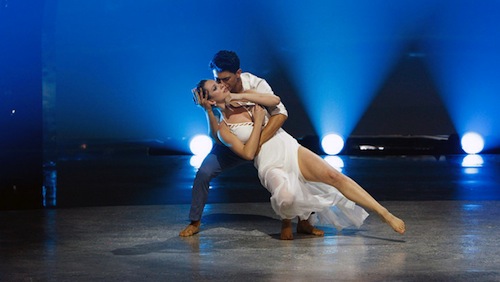 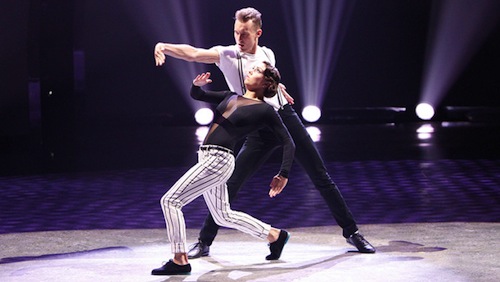 Malece Contemporary choreographed by Sonya Tayeh: With Jade injured, all-star Marko stepped in to dance with Malece. This was a delight and flashed back to Melanie & Marko brilliance from Season 8. Malece rose to the occasion of dancing with the always strong Marko. It was a beautiful, graceful and emotional performance (yes, another tissue was needed). 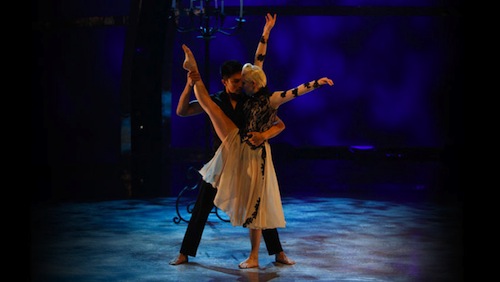 Nico & Alexis Jazz choreographed by Spencer Liff: This was fun and a great showcase for both dancers. Alexis was a sexy hypnotist who put Nico under and made him perform. Nico was so strong here, looking like dead weight being manipulated while pulling off some amazing choreography. This was a super hot, super cool dance.

BluPrint & Mariah Hip hop choreographed by Luther Brown: Here’s the “half” number. Mariah knocked this out of the park. She was in her style and she showed off what she could do. She has strong moves full of swag, making her a must watch. BluPrint, on the other hand, did the moves but he had no presence and that made his half a disappointment.

Here’s a quick look at the other two numbers from the night:

Alan & Jasmine M Jazz choreographed by Sean Cheesman: The choreography here was great and performed well. Particularly impressive was Alan holding Jasmine upside down by one leg and her rolling up to his shoulder (talk about a strong core!). But overall the dancers just didn’t make the connection to the audience.

Curtis & Hayley Samba choreographed by Jean-Marc Genereux: Hayley was quite the powerhouse here, but the style didn’t sit well on Curtis.

Next week SYTYCD is off for the MLB All-Star Game (boo!) so it’s two weeks before we get to see more dancing.