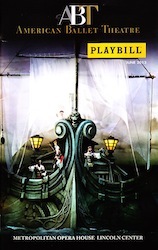 Yesterday was a beautiful, tragic day at the ballet as we saw Romeo & Juliet. This was my first time to see ABT do the Shakespeare classic; however, Will saw them do this last season.

The plot of the doomed lovers who end up taking their own lives is well known and there were no plot twists here. What there was were some stellar performances.

I can watch Cory Stearns pretty much do anything. I loved his Romeo. He starts out making mischief with his friends, which escalates into a fight that highlights the family feuding between the Montagues and Capulets. Stearns moves on to fall completely in love with Juliet and then shows the extreme sorrow of her death. He was outstanding, as always, in this role and it was enjoyable watching him go through all the emotions of the role.

Gillian Murphy is also always a delight to watch. Her portrayal of a happy in love Juliet was breathtaking, especially the first act pas de deux where Romeo and Juliet declare their love for each other. Her solos in acts one and two are equally stunning.

Corps member Arron Scott gave a virtuoso performance as Mercuito. Scott had a couple of featured dances in the first two acts and his leg work was amazing. He, and Luis Ribagorda playing Benvolio, injected some nice comedy into the first act as well.

Overall, I very much enjoyed Romeo & Juliet. The choreography was outstanding and the music, composed by Sergei Prokofiev, is some of my favorite that I’ve heard at a ballet.

Here are some pictures of Stearns as Romeo (here Juliet is played by Hee Seo as I could not find any pictures of Murphy). 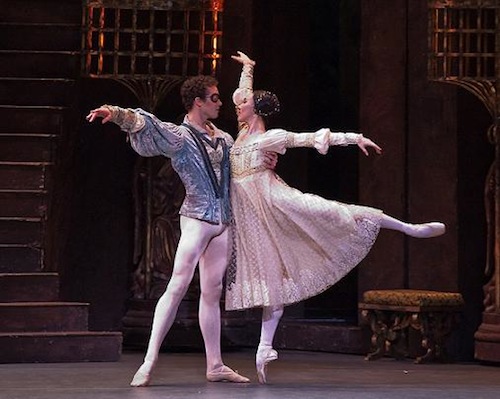 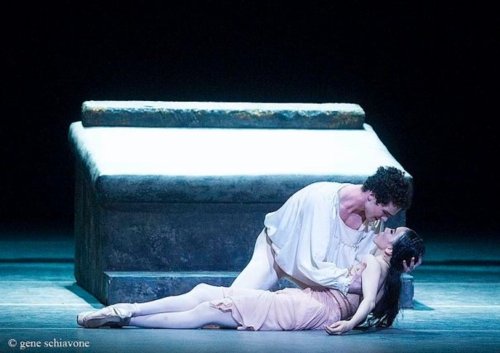 Next week we take a week off from the ballet, but we’ll be back for Sylvia on June 29.