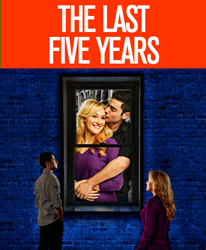 We were among the lucky who saw Jason Robert Brown’s The Last Five Years when it made its New York debut in the spring of 2002. The two person musical starred a then relatively unknown Norbert Leo Butz and Sherie Rene Scott. It was an incredible work.

Eleven years later The Last Five Years is back and as incredible as ever in a production at Second Stage Theatre. Adam Kantor (who I saw in the final Broadway company of Rent) and Betsy Wolfe (who we both saw earlier this year in The Mystery of Edwin Drood) were excellent in the roles of Jamie and Cathy.

The show’s plot is simple–it’s the five year relationship of Jamie and Cathy running from the first date until their breakup. Jamie becomes a famous author while Cathy struggles to become an actress. The unique angle is that, as the show starts, Jamie is at the beginning of the relationship and Cathy is at the end. As a result, the show is a series of musical monologues and the two are only in the same “time” in the middle of the show as they get married. The individual scenes still do an amazing job of conveying the highs and lows of the relationship even though they are one-sided while they are happening. 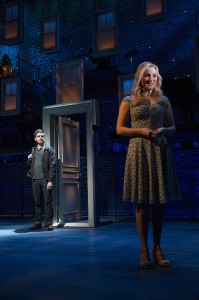 Kantor does a good job as Jamie, going from the joy of finding Cathy to the joy of getting his book published and into the unknown as he can’t deal with Cathy’s lack of enthusiasm on his success as she flounders. He’s vocally strong and had some nice nuances, especially in “No One Needs to Know” and “The Schmuel Song.” Wolfe showed great range on her journey from heartbreak back to her excitement of starting life with Jamie. She was particularly great on “Still Hurting” and “Goodbye Until Tomorrow.” Together they sound great as their voices finally blend for the very moving “Next Ten Minutes.”

I’m thrilled we got to revisit this show. It’s a favorite of mine and, while the 2002 cast recording is satisfying, it was great seeing it performed again. Hopefully it won’t be another decade before there’s another staging. 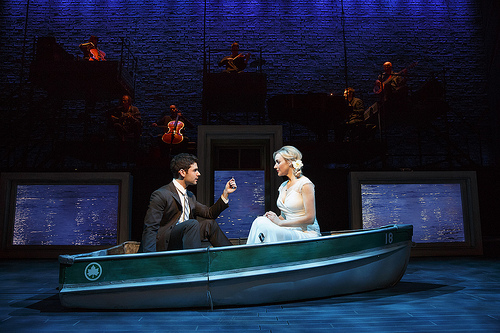