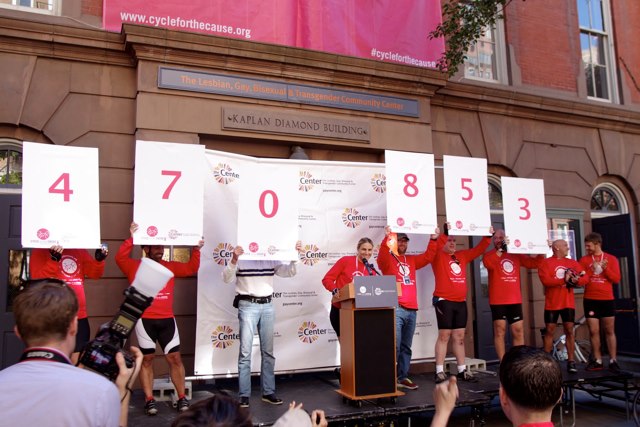 The above photo is the end result of Cycle for the Cause 2012: More than $470,000 raised for the HIV/AIDS services offered by the LGBT Community Center. I have to thank the more than 50 donors contributing to my ride this year. Together we pushed my fund raising total to a personal record $4,000. I have to give a shout out to my biggest supporter–my mom–whose pledge was to top off my fund raising so that I would hit $4k.

It was an incredible ride for me this year. For the first time I went into it with no expectations of myself other than to have a good time and enjoy the experience. That’s a notable difference from the previous two years. In 2010 I was discouraged that I didn’t accomplish more of the miles than I did. Last year I was determined to fix that, and I did. This year though the mileage didn’t really matter. It was about letting it all just happen.

I truly believe that started with accepting the caboose position on the Wednesday before the ride. Michael asked if I could do it since the person who was doing it had to drop out. I said yes, since I’d gotten caboose experience the year before. It was very rewarding being at the back of the ride, chatting with the determined people who were there and supporting them in their ride experience. I met wonderful people–Romaine, Iris, Renee, Frank to name a few–as well as shared the road with riders I already knew–Adam, Adrian, Patrick, Jama, Glennda.

Caboosing tested my riding in different ways too. While I didn’t do all the miles (by my odometer, my total mileage for the three days was 200.68, which I did in 18h04m for an average of 11.1mph), I rode at a variety of speeds. As the caboose, I needed to stay behind the last rider and sometimes that was someone who was walking their bike up a hill. In some cases, I would stand up on my bike and essentially walk it up while peddling. In other cases I would zip up a hill and wait at the top for them to walk. In some cases, I also hopped off the bike to walk. No matter what I was doing, I had a great time doing it.

Thanks to Anthony Grisafi, who shared his GPS info, I can give you a look at the ride route: 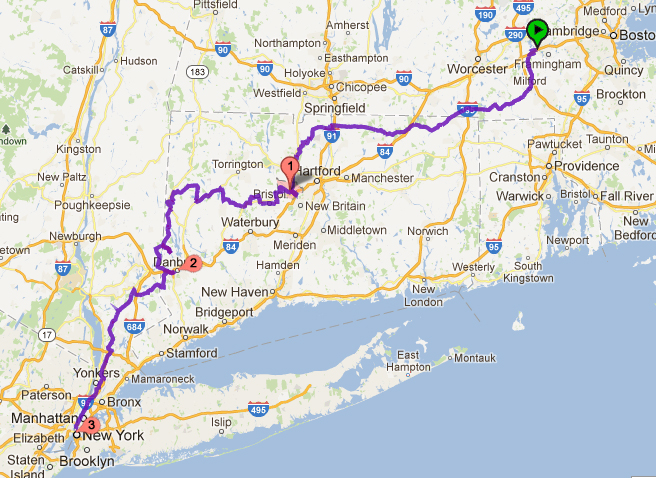 There are some great Cycle for the Cause videos that have been posted over the past week. You can actually see the entire ride, in time lapse, thanks to videos that Scott Safier shot off of his bike: Day 1, Day 2, Day 3.

The Center is also getting videos online from the ride. Here’s a look at the Day 1 video the fantastic media guys put together. The riders and crew got to see this at dinner at the end of Day 1. There are more videos coming and I’ll be tweeting them out and will have them on this site later as well.

I’ve also got a Flickr album online that includes pictures I took along the way as well as pictures of me taken by other people.

Meanwhile, I’m already looking forward to next year. I haven’t decided yet if I’m going to ride or if I’m going to crew. It’s a difficult choice. I had such an amazing time riding this year, but I’d also like to take a turn on the crew. Either way, I’ll definitely be involved and be raising money.