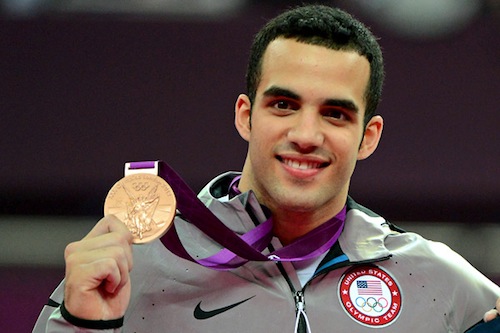 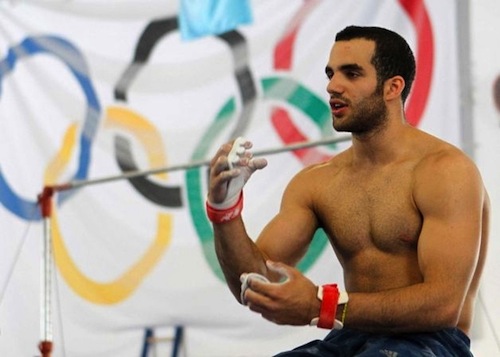 Of course there are many good looking men competing at the Olympics. By far my favorite is Danell Leyva. I saw him for the first time during the qualifiers when he earned his place on the US men’s gymnastics team. Now that I’ve seen more of him at the Olympics, I’m in complete crush mode.

Not only is he completely hot–look at that smile, the muscled body, the always present beard (which can be five o-clock shadow to something fuller) and a delightful personality. I love his intensity, but also his sheer joy when he does well, as he did in the Saturday team qualifiers as well as during this past week’s all-around where he picked up his bronze medal. Its great to see the relationship with his stepfather/coach too. That’s a wonderful support system he’s got in place and you don’t always see that with fathers and sons.

I hope to see much more of Leyva. There’s a rumor that he wants to do Broadway. I would definitely buy a ticket to see whatever he decided to do. 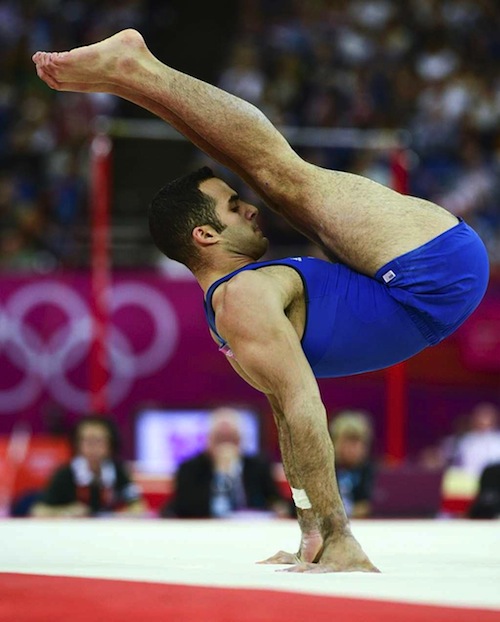