Part of the yearly trip to Alabama to visit my mom and family this year was to see Alabama’s Frozen Tide hockey team play in person. When I first found out about the team last year it was at the end of their home season as I was leaving town the afternoon of their last home game of the season. This year I planned the trip to coincide with games, and lucked into a three game weekend since Bama hosted a SECCH Showcase with several teams coming into play.

Over three days I saw four games: Alabama vs South Carolina, a 8-0 win; Alabama vs. Central Flordia, a unexpected 5-4 loss; Flordia vs. Ole Miss, a 4-3 win for Ole Miss; and Alabama vs. Georgia, an excellent 9-3 Frozen Tide win. 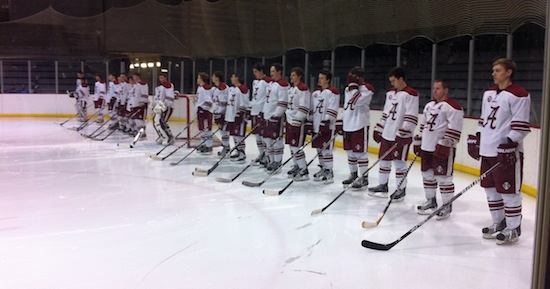 It was great to see Alabama play so well. I knew they had a winning record and were near the top of the SEC rankings, but they play with a great intensity that was a lot of fun to watch. The guys are fast, move the puck well as a team, have solid penalty kills and good power play. Best of all they look like they have a good time playing together.

They play at the Pelham Civic Complex, which has two rinks in it. It reminds me of Sky Rink, although this complex had better seating capacity than Sky Rink has. The hockey was very up close and personal. The bleachers went up only about a dozen rows and there was space next to the rink itself to stand and watch against the glass if you wanted to. You could hear the on ice chatter of the refs and the players and that added to the game. I’m never able to sit that close to an NHL game, so I enjoyed watching such high level hockey from the close perspective. Plus it was a vast improvement from following Frozen Tide games from a Twitter feed. Don’t get me wrong, their Tweets are great and informative, but in person was so much better.

I brogught along a few friends as well to introduce them to Alabama hockey. One of my best friends, Cheryl, came on Friday and Sunday (on Sunday she brought a longer her daughters Delaney and Sydney and it was great to finally meet them after so many years of hearing about them). Friends Jon and Scott came along on Saturday. My mom came to the two games on Sunday and it was a lot of fun watching with her because its been a few years since we’ve watched live hockey together.

Cheryl was happy to finally see me in some official Alabama hockey since I’m not a football fan of any kinda. Not only did I show up with my Frozen Tide jersey (game worn since I do play in it from time to time), but I bought a Bama Hockey hoodie too. 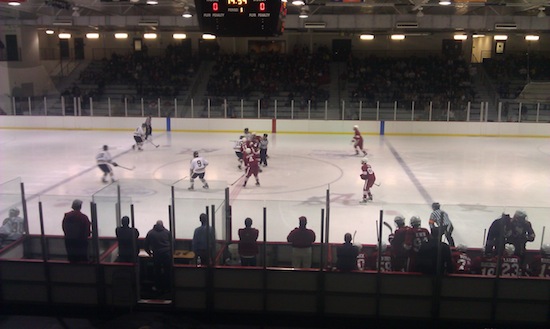 I think a lot of people caught their first game this weekend. Watching people get their first shock of coming into a rink was funny as they caught on to how cold it was in a rink. Several people came in without coats or layers of clothes to stay warm for the 2 1/2 hour games. At least they’ll know better next time.

Alabama finished their regular season home games this weekend and has just a few games left in the season. I hope they charge into playoffs strong and take it all the way to the finals.

Meanwhile, I’m looking forward to next winter when I’ll come back to Bama for my annual visit, which will definitely include another Frozen Tide game.

You can check out a Flickr album from the weekend here.