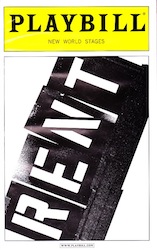 It’s been nearly four years since I last saw Rent live on stage. It was February 26, 2008, and I’d won the lottery for a seat in the front row. The performance was an incredible way to wrap up seeing the show on Broadway (it ended it’s run September 7, 2008 after 5,139 performances over 12+ years). This past July, Rent was born again at New World Stages, an off-Broadway space where Avenue Q and Million Dollar Quartent have found life after Broadway.

Since New World Stages is a considerably smaller venue than the Neaderlander Theatre, original director Michael Greif took the opportunity to reimagine the show. The songs were left alone (although some lyrics seemed to be subtly changed and some lines between Roger and Mark were flat missing from “Christmas Bells”), but the staging, choreography, sets and costumes were overhauled. The new staging works great in the more intimate space. The new costumes didn’t really affect me one way or the other, with the major exception of Angel’s new look, which is FABULOUS! in both her “Today 4 U” and “Happy New Year” ensembles. 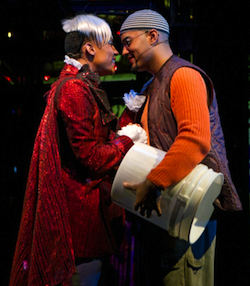 This current cast is terrific. I’m glad I got in to see Adam Chanler-Berat (who I loved as Henry in Next To Normal) as Mark. He’s the first Mark I’ve seen that has just a close resemblance to Jonathan Larson, and he performed the role perfectly. Matt Shingledecker and Arianda Fernandez had the best chemistry I’ve seen between a Roger and Mimi pair since the original Adam Pascal and Daphne Rubin-Vega pairing. Kudos to Arianda because she sang the role and didn’t lose her voice like some Mimi’s I’ve seen over the years. Brandon Victor Dixon was a excellent Collins who delivered so beautiful on the “I’ll Cover You” reprise for Angel’s funeral.

It’s great to have Rent back in the city after nearly three plus years away. This production packs all the emotion of the original in a more intimate space. I have no doubt I’ll be going back for a 14th visit later this year. 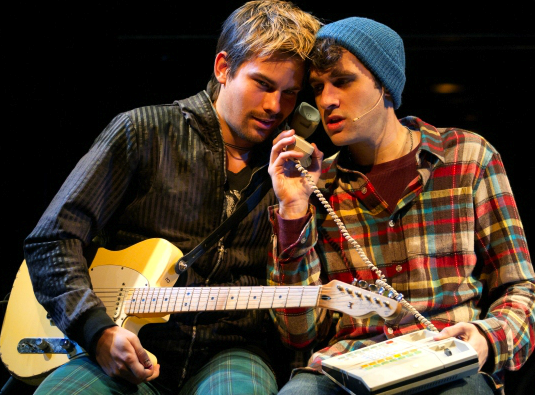