I completed Braking the Cycle 2011 at about 4:20 yesterday afternoon. While it was difficult to get up Sunday morning after Saturday’s strenuous 105 miles. Once we got out on the road though I found some decent energy to get through the day.

Yesterday was 80 miles from Bridgeport into the city. Where Saturday was mostly about hills, Sunday seemed more about stop and go in cities. Many stop signs and red lights. It makes me happy I don’t clip-in to my pedals because the folks who clip-in and clip-out where having a pretty monotonous day.

I spent the majority of the day riding with Kip and George, his dad. For most of the New York City riding, we joined up with Joey and Tom, a new friend we met during the ride. As we went south through the city we joined up with some other Goats as well as some other riders as well.

The day ended at the Center for the Closing Ceremonies/Welcome Home. The fund raising total for the year was just over $401,000, which is an incredible amount and significantly more than the $318,000 raised in 2010. That will help the Center to continue to deliver their services, which are so important to help people with HIV/AIDS as well as helping educate others on how to prevent contracting the disease.

Here’s the group shot of the Flying Goats, snapped just before we rode into the closing ceremonies 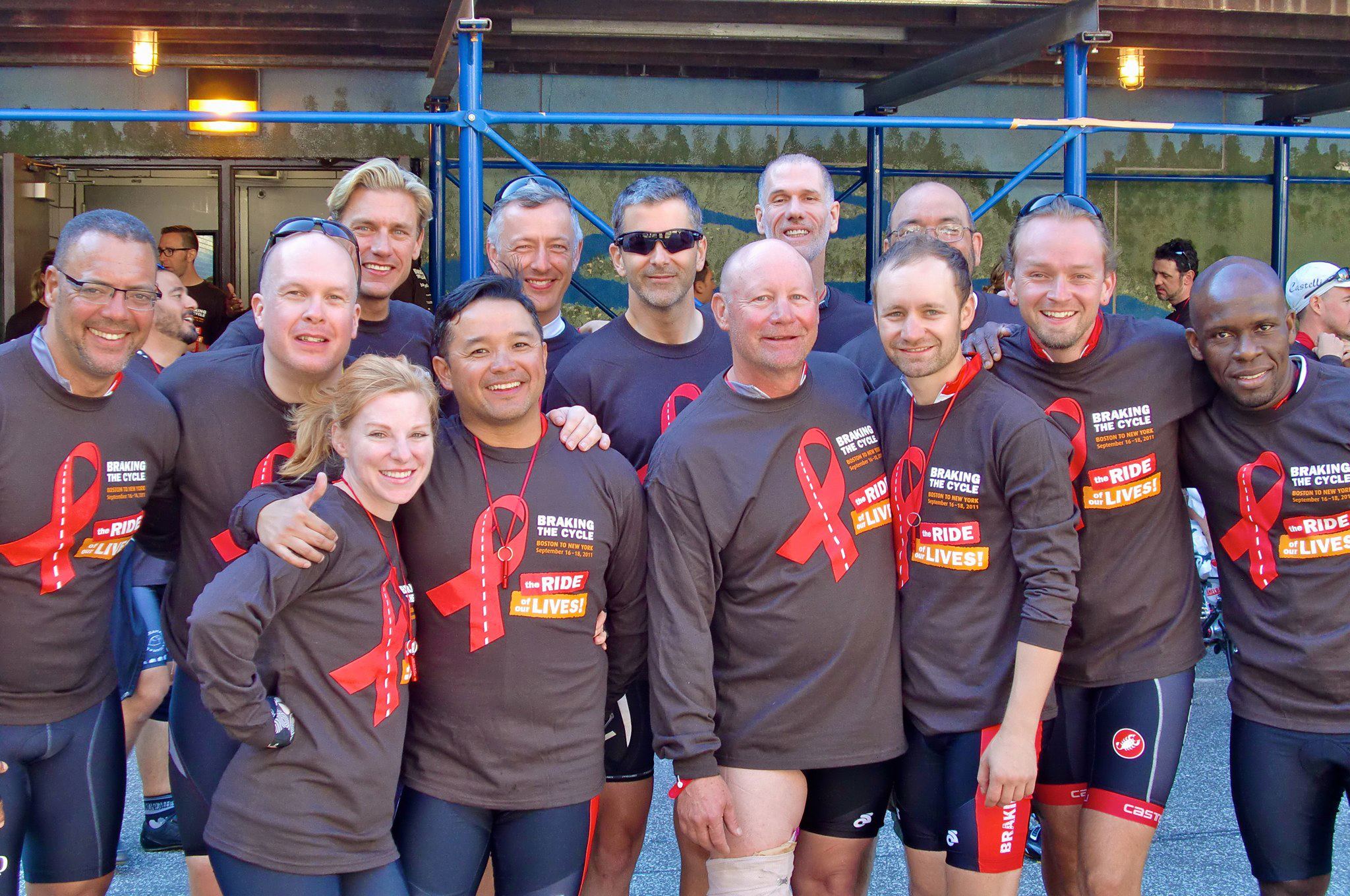 It’s hard to wrap up the entire ride experience with so much bouncing around my head. There are definitely a few things to be said and thanks to be made:

Next year is the 10th Braking the Cycle. I am definitely going to be a part of it. As of last night, Will and I are signed up to be crew. I admit, after the success I had with the ride this year I am already thinking of riding again. However, I would like to do the ride from the other side and crew because it’s such a valuable part of the ride. Plus,  I would love to share the ride with Will and crewing together would be a way to do that.
I know I will continue to train with Kip and Joey (and hopefully Tom and Clay too) as I want to continue to strengthen my abilities on the bike. Based on my enjoyment of my caboosing on Friday, I’ll probably take a more active role on the training rides too next year and caboose some of those.