It’s an exciting day. It’s been over two years since [title of show] ended its way too short Broadway run. Today we got to see the new work from the [tos] creators: Now. Here. This. It’s billed as a theatri-concert and is playing through June 19 as part of the Vineyard Theatre’s Developmental Lab.

The show is about why you should live in the here and now.

Unlike [title of show] which had a through story, Now. Here. This. is, at least in its current form, a collection of vignettes that all get back to living in the now, being your true self and going for the things you want in life. The stories are often funny, always relatable and, in some cases, incredibly moving. There were stories of hiding in high school to avoid being identified as gay, of the reality that plays in your head versus actually happens, of being afraid to begin something and the urge to belong to a click.

All of the bits were fantastic and remind me a lot of the “My First Show” skit they did at the 2008 Gypsy of the Year. This team knows how to tell a story. The two stories that really stuck with me were one about the passing of grandparents and the monster that is stage fright. They were both poignant and left me in tears.

This show, which is a collaboration between Hunter, Susan, Heidi and Jeff along with their director Michael Berresse and musical director Larry Pressgrove, is written by Hunter and Susan with music and lyrics from Jeff. The songs are all wonderful and it was great to hear the Jeff, Hunter, Heidi and Susan singing together again. 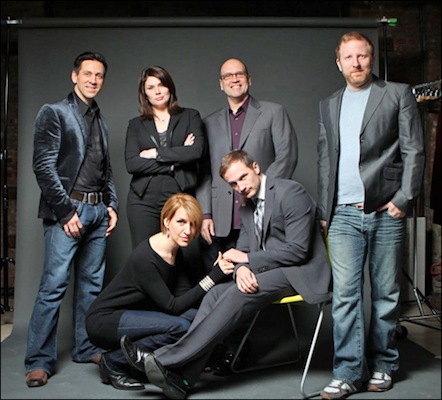 It was wonderful spending 90 minutes this afternoon in the company of these amazing artists. I look forward to seeing how this “full-tilt, boogie, original musical” grows. Hopefully it will be back at the Vineyard, or someone else, when these guys are ready to show it off again.