Writer’s Life: Author Interviews and What Writers Can Learn From Tron 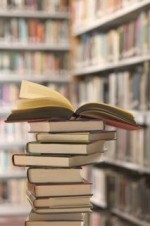 Ally Blue had a Christmas epiphany, finally figuring out why she writes gay romance (and it’s not the reason you’d think).

I recently discovered horror author (and freelance pen monkey) Chuck Wendig’s blog TerribleMinds. His snarky, profanity-laden posts have pretty much made him my new favorite person. Like everyone else in the blogosphere, Chuck has a few thoughts about resolutions and the new year. He has declared that the next twelve months are the year shit’s gonna get real. I like that… I think I’ll make that my mantra for 2011. He also has thoughts on what writers can take away from the cinematic train-wreck Tron: Legacy.