Braking the Cycle: Day 3 (The End)

Day 3 turned out to be my strongest day on the ride. I cranked out around 69 miles today (I got swept for approximately 14 miles, more on that shortly).

The first 44.5 miles of the day were shockingly strong. When I woke up at 5 this morning, I was incredibly stiff and sore and wasn’t sure how I was going to get moving, but I got on the bike and rode with John, Richard, Joey and Kip and kept up through three Oasis (including one we zipped through in two minutes because we were running late) and ended up at lunch with good time on the clock.

Unfortunately, I think I should’ve hung out at lunch for a few minutes more. I think I zipped out too full and I started to feel funky. About 2 miles away from Oasis 4 I flagged down a sweeper van (good ol’ Sweeper 2, which had helped me out on Mount Eric on Day 2). Given the timing, I ended up sweeping on to Oasis 5 in Yonkers. I met up there with the rest of the gang and we continued on for the last 20ish miles, coming in to NYC through the Bronx and dropping into Manhattan. Those 20 miles were pretty strong too. I don’t know where the strength came to do this well today. I’m pretty impressed with how my body reacted to the demand to perform like it did. I’m going to be sore for a day or two (maybe more?), but it’s worth it. I’m proud to say that I completed 245 of the 283 miles. No, it wasn’t all of it, but I’m good with what I did. I gave it my all–sometimes I wasn’t fast enough, sometimes I wasn’t strong enough, sometimes it just wasn’t meant to be. It’s still one heck of an accomplishment.

It’s amazing to me that after nearly 1,900 training miles that I have become a better, stronger rider over the past three days. My average speed increased, my hill work improved a lot, my confidence moving down the road went up and certainly me and the bike get along even better than before. 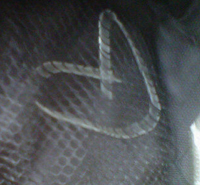 I’m also pleased to report that I had no flats, no mechanical issues and no injuries on the ride. I credit this to Roman who gave me the good luck charm you see to the right. He crafted this a week before the ride while we were both at Ronnie’s Ice and he told me to keep it in a good place for luck. I put it in my seat pouch (which is where I keep my spare tubes and tools). Sure enough, I came out of all those hours and miles with all the luck I needed to keep me and the bike in one piece.

I have to thank the amazing Flying Goats again. Richard (who got me bought into the idea of doing this), John, Joey, Greg, Patrick, Chad, Clay and Caryn along with Goat lover Kip were absolutely incredible with constant encouragement. I hope I was able to give them as much as they gave me over the months of training and fund raising as well as the three days of the ride. This group of people is awesome and I’m glad I’ve gotten to know them.

Speaking of awesome people, I can’t say enough about the riders, crew and organizers of the ride. Each and every one of them is a shining ray of light. Always there to help out another person–whether it’s a hug, a flat change, a  bottle of water, words of encouragement. If you need it, it’s there for you. If the world worked in the way the microcosm of the ride work, we’d all be a lot happier.

Perhaps most importantly, I have to thank Will who encouraged and supported me for the months of preparation and all the way home this weekend. He is the best husband around and met me at the finish line toady with a big hug. You can’t ask for better than that. 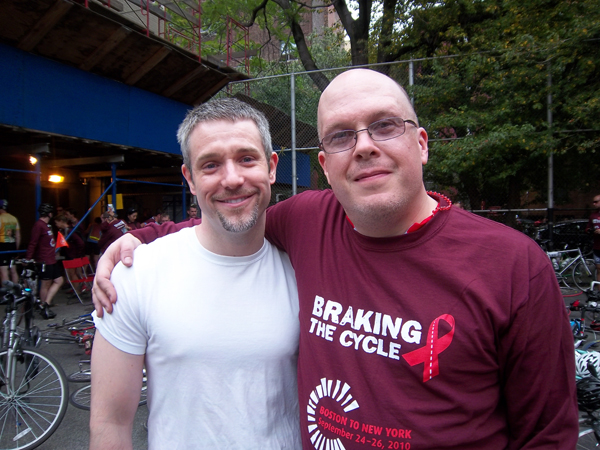 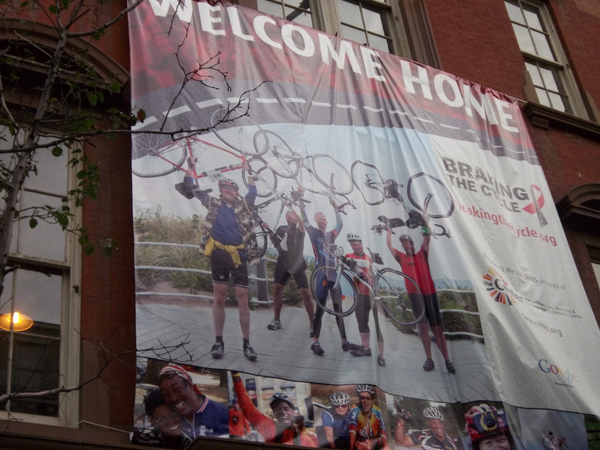 You can see the entire BTC photo set on Flickr.