What Do I Want? 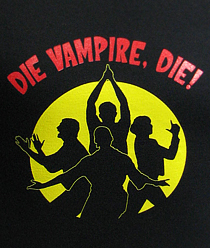 “Life is not fair. But fair has nothing to do with who you are inside, what you dream about, who you love and what you stand for. Life cannot touch that.” – The LXD, Episode 3 “Robot Lovestory”

Will wrote about his manifesto a couple weeks ago so I decided I wanted to throw my two cents in on Chris Guillebeau and his Art of Non-Conformity. Will put the two downloads–A Brief Guide to World Domination and 279 Days to Overnight Success–in front of me shortly after he read them and I was fascinated. The truth presented in the documents is so simple, and yet so many don’t believe it’s possible.

The Brief Guide to World Domination really hit home with me, especially its two main questions:

The first of these is a burning question for me since I’ve rolled past 40. Yes, I’m happy in my life–I have a wonderful husband, I’m engaged in good hobbies (writing, hockey, cycling) and I’ve got a job that I don’t hate. I think I’m ahead of the game compared to most people. But what is it that I really want to do?

I’m of two minds here, and I have been for a while. I’d love to get back to where I’m writing far more than I am. Before we moved to New York in ’98 I was a journalist. Being able to spend the days cranking out stories, both non-fiction and fiction (let’s not forget that I have been cranking out fiction again over the past couple years and love doing that) would be great. On the other hand, there’s the idea I’ve had for a while about working with a non-profit that’s making a positive difference in the world, and that would bridge both questions. Granted, the two questions don’t have to be completely intertwined, but I agree with Guillebeau that you should be working on your goals and working to improve the world at the same time, or at least not treating them as something that is done one after the other.

I know I don’t want to be one of those people that gets to the end of their life only to look back and be disappointed. I don’t want to be in that mass of men… or one that lets life take over… or one who gets sucked dry by the vampires.

To that end, here are things I’m working on to accomplish what I want:

Most importantly, I will do everything in my power to not be pulled down into mediocrity. It’s fascinating how often people are shocked by the things I do–that I get up early to train or to write or whatever before the work day starts, or that I’ll get up before dawn on a Saturday to get in some hockey. It’s the only way to get important things done before the obligations of the day take over. It also means that I get done the things that make me extraordinary rather than just plodding my way through a day, a week, a month, a year, a life.

Guillebeau’s book, The Art of Non-Conformity: Set Your Own Rules, Live the Life You Want, and Change the World comes out September 7. He’s launching his Unconventional Book Tour in New York City that evening and I’m looking forward to attending to hear more from the author and to hear what others attending have to say too.

As with Will, I’ll write more about the journey of world domination and its ups and downs. Meanwhile, I’m sharpening stakes to take care of the inevitable vampires that will show themselves (and I’m not just throwing in [tos] vampire references in here for the heck of it, Guillebeau uses vampire references too and I love that!).