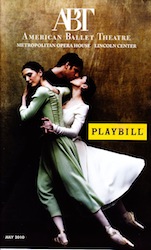 Even after more than a decade in New York City, there are still many New York things that we have not done. We knocked two things off that list last night: we saw the American Ballet Theatre perform and we were inside in the Metropolitan Opera House. As part of its 70th Anniversary, ABT offered a series of performances at the Met and that seemed to us a good reason to finally go see the ballet.

There were many performances to pick from but we settled on a repertory program so we could see more than one thing in the evening. We picked the All-American Repertory Program because of the stunning choreographers represented: Twyla Tharp, Paul Taylor and Jerome Robbins. It was a great choice and demonstrated the vast array of styles that make up American ballet.

The Tharp piece, The Brahms-Haydn Variations, was an ABT premiere back in 2000. It features music by Johannes Brahms and a cast of 30 dancers. Of the three pieces in the program, that had the most typical ballet look but it was clearly infused by some signature Tharp style as well. It was amazing watching these dancers make such delicate moves that at the same time are so powerful and precise. 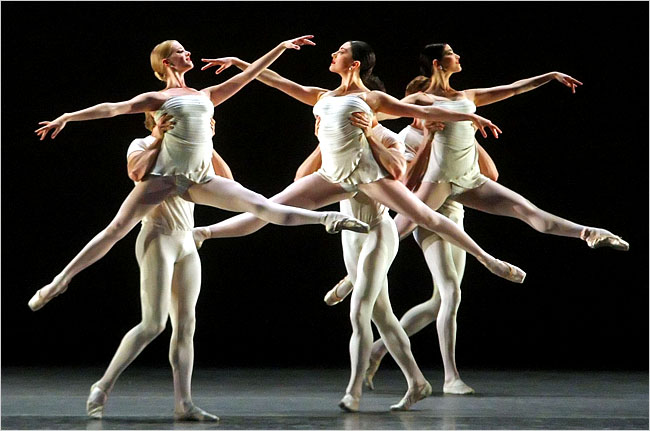 Company B was choreographed by Paul Taylor and was premiered by the Houston Ballet in 1991 (and later premiered at ABT in 2008). The piece uses recorded Andrews Sisters music, including the iconic song “Boogie Woogie Bugle Boy (of Company B)” to tell the story of Americans and American soldiers during World War II. This fused ballet and 40s swing into a wonderful and powerful performance. In particular “There Will Never Be Another You,” danced by Grant DeLong and Simone Messmer (pictured below) was heartbreaking as this couple danced their last dance before he joined the line of soldiers going to war. 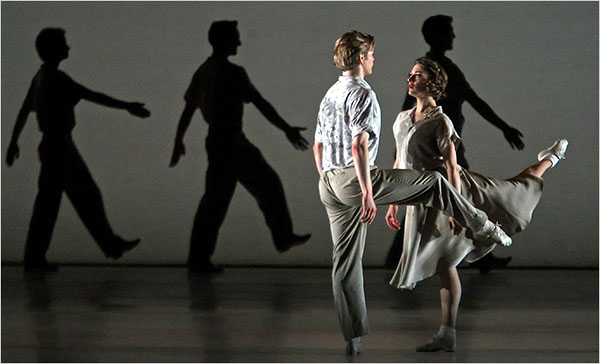 The evening wrapped up with Fancy Free, the first ballet choreographed by original ABT member Jerome Robbins back in April 1944. Robbins collaborated with composer Leonard Bernstein who was a then still an unknown. This piece deals with three sailors on shore leave in New York City. (Does this sound familiar? It should. In December 1944 the ballet was translated into the Broadway musical comedy On The Town.) In the segment we saw, the three are trying to pick up women. They’ve got two interested, but it becomes a competition between the sailors which two get the women. Of course, the women lose interest during all the posturing. It was a spirited and fun conclusion to the night. 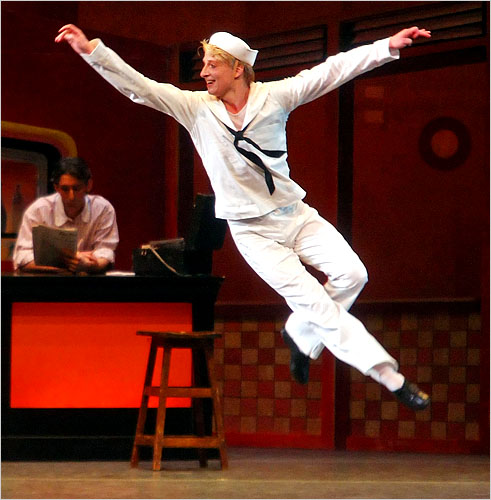 It was an amazing night and I’m sure we’ll be going back to see more ABT at the Met or elsewhere in the city.

We did take a few pictures of our own last night. Here’s us at the fountain at Lincoln Center and a few other pictures, including Will against the snazzy red walls inside the Met. 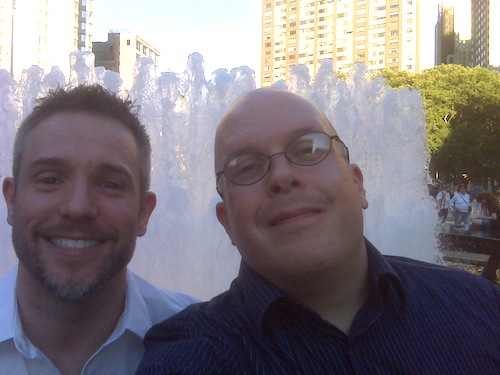 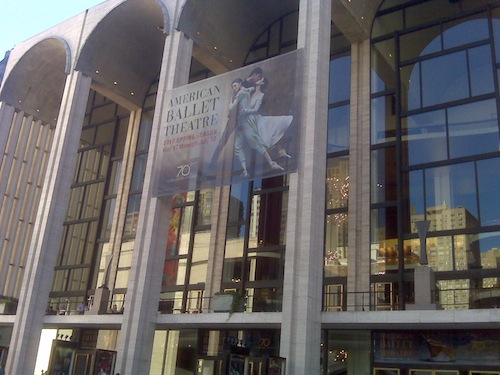 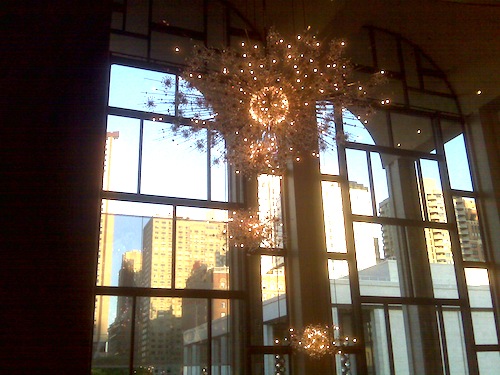 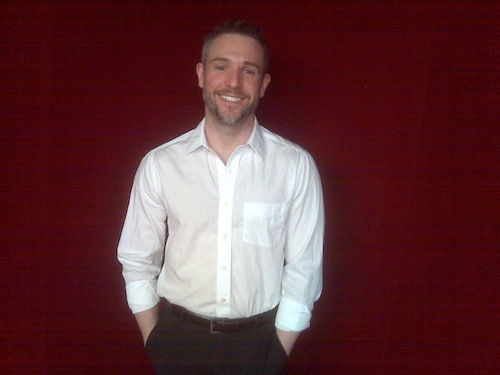