It’s summer and So You Think You Can Dance is back with a new season–one that looks like it is going to be incredible.

The rules have changed this season: there’s no top 20. It’s a top 11 (which was supposed to be a top 10, but luckily they expanded it or there was going to be a revolt). There’s also the All Stars who will partner and mentor to the contestants each week. Check out the All Stars:Twitch, Kathryn, Allison, Neil, Ade, Lauren, Mark, Dominic, Courtney, Anya, Pasha and Comfort 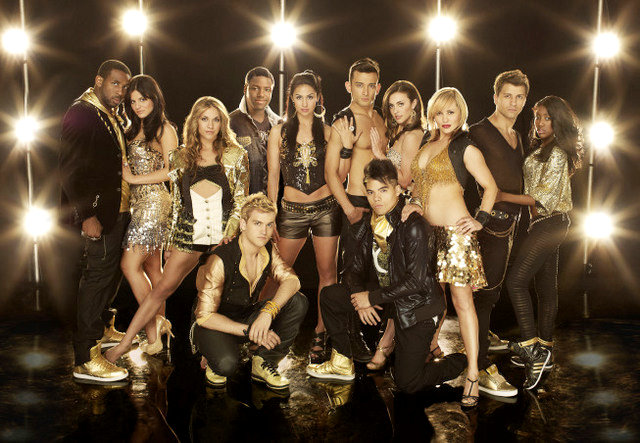 The rehearsals and Vegas week were excellent, especially since they were done in a few two hour episodes instead of dragging out for weeks like they did in the fall. I will say I didn’t like the way they travelled around to deliver the news. That took way too long and was a little boring. Just do it in the studio. Overall I love the top 11 too. The one swap I’d make is AdéChiké for Anthony. Anthony rocked Vegas and, even while in pain, got stunning praise from the judges. I don’t understand how he was not picked. I’m really happy that both Billy and Alex made it since they were favorites in the past who just missed being on the show. 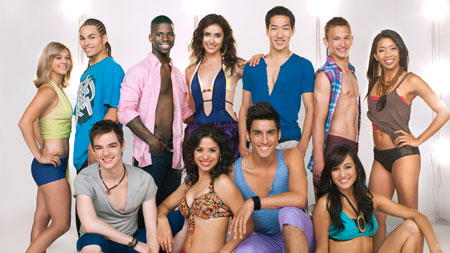 The Top 11 were introduced tonight in a show where they got to dance in their own styles and not be judges. Wade and Amanda Robson choreographed a stunning opening number featuring all the All Stars and all of the top 11. Based on Alice in Wonderland, it showcased everyone awesomely. After that, the dancers were split up into genres. Being the only b-boy, Jose got to throw down with the great Twitch,Dominic and Comfort in an excellent Tabitha and Napoleon piece. Kent and Lauren got to do a Travis Wall contemporary piece that was beautiful and moving.

Mia Michaels made her choreography  return by working with Billy, Alex and Ade in a magical piece about time. I’m so glad she’s back on the show. It’s going to be great with her creating pieces and serving as a judge. Welcome back, Mia!

The other contempary folks: AdéChiké, Robert and Ashley got to work with Sonya for a delightful lyrical jazz piece. As the sole ballroom contestant, Christina performed with Anya and Pasha. I thought this number was a little weird since ballroom isn’t really made for odd numbers. That didn’t stop it from being fun to watch though.

It’s going to be a kick-ass season. I’m torn about who I think is going to win because everyone is so incredible. I think all of the guys are definite contenders and among the girls I love Lauren, Melinda and Ashely. Next week the competition and voting starts. It’s going to be fun!