Another week with ballroom and latin rounds and some odd judges scores in my opinion. This was also the week all the stars had to do solos within their latin dances. I like when it comes to that because it’s a chance to see what they can do when no pros are around. Luckily most of them held up very well under the solo scrutiny.

Here’s a look at how the four remaining competitors did in the semi-final week: 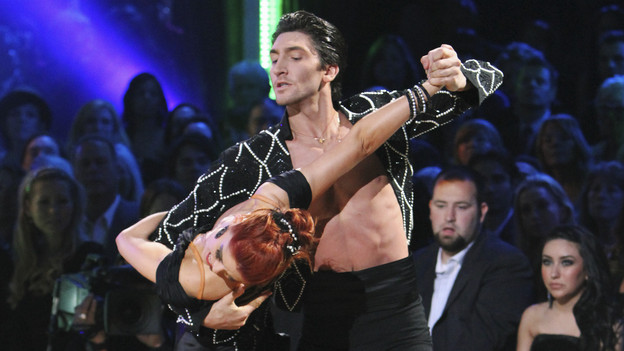 Results Show: Coming out of the performance show, I really thought Erin was going to go home. She lost points in my eyes last night and it looked like Chad peaked at just the right time with two great numbers. I also figured Chad had more of a fan base than Erin. I hope Erin brings it in the finals next week because I think Chad certainly would have.

I loved Jonathan and Anna performing with Sarah McLachlan. I hated the design-a-dance. It just looked like a mess–from the choreography to the costumes to the performance. It’s a shame that was under the Macy’s Stars of Dance banner. If that’s how America designs a dance, they shouldn’t be allowed that option again. Meanwhile in the college dance off the crew from Utah was absolutely fantastic!

My big wish now is to see superb freestyles next week. Nothing bonkers, but a good look at what Nicole, Evan and Erin have learned in the ballroom.