Another disappointing week in the ballroom as the person with the least appeal on Dancing with the Stars was saved to dance another week. I don’t think I’ve against anyone on this show like I am against Kate. She can’t dance. Her personality is toxic. I don’t understand why we must watch this disaster week after week (thank God for fast forward on the DVR). Buzz has personality and delivers inspiration with entertainment so I was sad to see him go instead of Kate.

Luckily there was plenty of good stuff going on this week to counterbalance the ongoing disappointment of Kate. The criteria that every dance had to have a story was an excellent idea (please repeat this in the future). Here’s the rundown of this week’s dances. 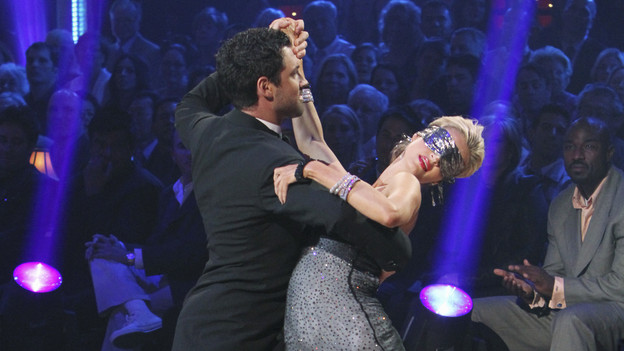 Results Show Notes: The pros were out in force this week. The two Reba numbers were not only good songs, but featured great dances. The paso doble from Chelsie and Derek was the highlight of the entire week. Strong and fierce–everything a paso should be. This is a dance that is going into my DVD archives.