A huge mistake was made on Dancing with the Stars tonight. Before I even get into the dance analysis I’ll say I’m very disappointed that Shannen and Pam ended up in the bottom two. How America can keep Kate on the show is beyond me. Not only was her dancing terrible (I thought she deserved lower scores than Buzz’s fours), but the way she treated Tony was despicable. Even in a contest where personality can win the day, she should lose pretty quick. I was hoping Shannen would stick around. She improved so much this week that it’s sad that she won’t get to continue dancing for her father while such a talentless, mean person remains. 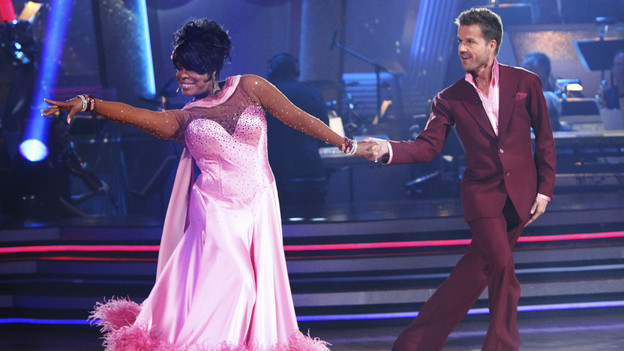 Here’s a look at all of Monday’s dances:

Results Show: I already covered the big news up top with the elimination, so let’s talk about the rest of the show. I loved the big pro number… That was just plain hot! I’m curious when the Beach Boys started sounding so bad…that was painful. Macy’s Stars of Dance was great! Adam Corolla was not great (please, stop making us watch the painful comics give recaps).