Dancing With The Stars Season 10 Cast: Who Are These People?

My first thought on reading the Dancing with the Starscast list for season 10: Who are these People? Of the eleven celebs listed, only five were recognizable names. The rest I had to look up. The big coup for the show though is newly minted Olympic Gold medalist figure skater Evan Lysacek. I’ll pick him now to carry the mirror ball trophy home come May.

It is nice to see another 90210 alum on the show and I’m looking forward to seeing what Pam Anderson can do. What I’m not so thrilled about is Kate Gosselin. I would’ve hoped her 15 minutes were over. 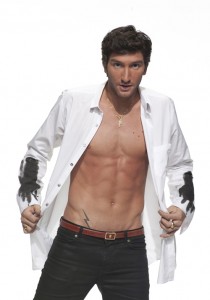 Here’s a look at the rest of the cast and their pro partners.: