Friday Geek Out: Battle of the Network Stars 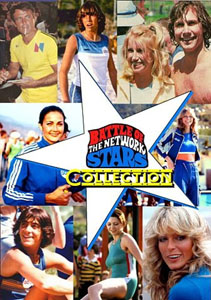 Geek Out is back after a summer vacation and the new fall TV season has had me thinking about TV seasons past… long past actually.  In November 1976, ABC aired the first Battle of the Network Stars specials. Remember who fabulous these were? Howard Cosell presided over two hours of challenges involving stars from ABC, CBS and NBC prime time shows.  ABC aired a couple of these shows a year until 1988.

The stars on the show were pretty incredible. Check out this participant list from the first show.

For some 70s TV at its best, here are the opening titles for this episode (titles would never happen like this today as nine minutes of titles and intros is simply unheard of).

One of the great moments in the show was Simon Says. Here’s that game from the 12th episode in 1982.

I watched all of these shows, even NBC’s failed attempt to bring it back in 2003. I think that failed though becuase it should’ve just been called Battle of the NBC Stars because no one else participated. The original ABC show was classic though as it paired up starts for swimming races, dunking booths, volleyball games, tug-of-war and more. Trio once ran a few of these episodes a few years ago before that network bit the dust, but basically they’ve disappeared from TV and aren’t on DVD either, which is just too bad.

Can you imagine how fun it would be to gather some of the hot stars from the networks today for this competition? How about CW’s Jared Padalecki in a skimpy swimsuit for swimming? Or the cast of Fox’s Fringe taking on ABC’s Lost in a tug-of-war? What about NBC’s Law and Order: SVU vs. CBS’ CSI. With all the other reality on TV, this would fit in nicely, right?