Will Someone Please Tell Brian Boitano That It’s 2009 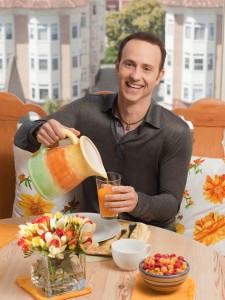 Well, Richard Simmons can finally hang up his sequined tank tops and short-shorts because there’s a new gay minstrel in town! What Would Brian Boitano Make? premiered this weekend on Food Network and the show is an insulting, stomach churning mess. First, Boitano’s credentials for hosting a food show are dubious at best, but the programs “camp” approach completely misses the mark. The schtick Boitano employs was cute in 2003 during Queer Eye’s heyday, but now it’s just plain embarrassing . I love camp as much as the next gay guy, but when a celebrity, especially one who has continually dodged questions about his own sexuality, engages in gross stereotypes about a community that is fighting everyday respect and equality, there’s only one word for it. Ugly.