It was not a great week for biking.

I rode on Monday, which was one of the few decent weather days this week.

Tuesday: Poured rain (including a major thunderstorm at 3am that had such loud thunder it set off the car alarms of cars in the garage of our building!). Wednesday: I had the day off becuase I was doing some mentoring in Brooklyn. Thursday: Rainy in the morning so I didn’t ride, although I should’ve becuase it wasn’t really that bad. Once again, I gave too much credit to the weather radar as opposed to what I could see out the window.

How’s it been looking this week… this picture sums it up from Friday morning. Keep in mind, you should be able to see Jersey across the river! 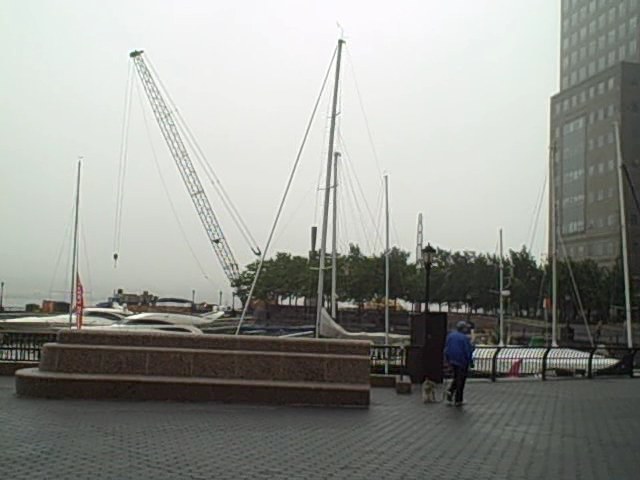 Speaking of Friday… I rode this morning even though there was rain about. A colleague suggested a way to ensure getting to the gym with dry work clothes: clothes into garbage bag, garbage bag into gym  bag. Worked like a charm! That means I’ll definitely ride more often on drizzly mornings.

A couple more pictures from this week. On Wednesday they started building a display at the Winter Garden, which by Thursday was a dome. We can actually see the top of the dome from our apartment. It’s got something to do with Greece. And at night the dome becomes a big projection, though from  home we can’t quite tell what it’s about other than the word “Greece” cuts across it. 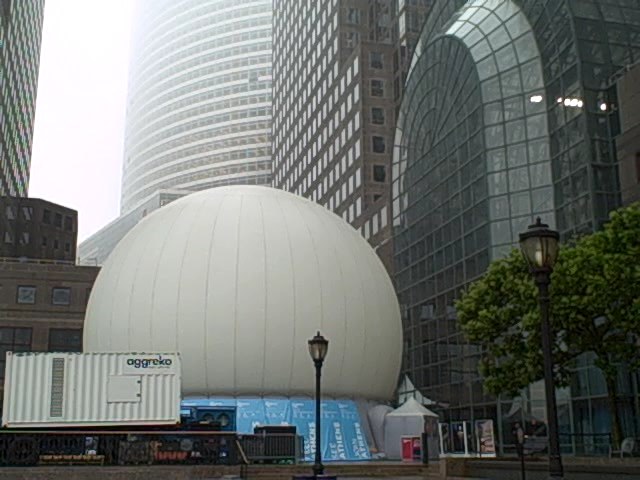 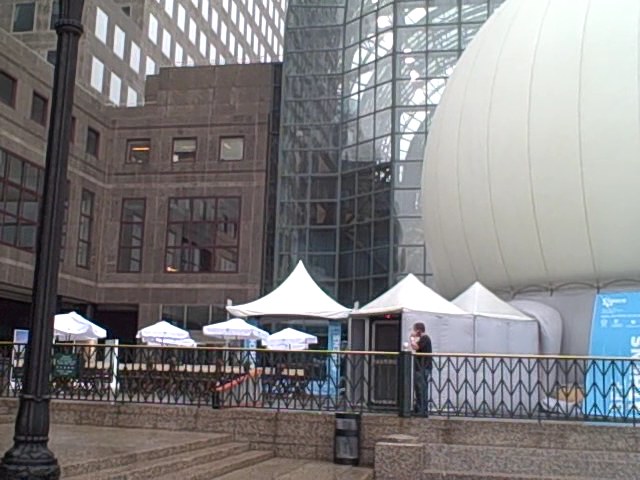 With the limited riding, there weren’t many annoying encounters this week. The only ones to report happened on Friday. One woman griped that I wanted her to walk on the sidewalk instead of the bike lane. This was on Broadway at 36th street. The other happened at 9th Ave and 23rd. Two women were biking Northbound (rather than Southbound like they should’ve been). They were not happy that me and two other bikers weren’t giving them much lane space. I reminded them they were going in the wrong direction and were at fault, which shut them up.

At least for Saturday I get my usual rides to the rink since the weather is decent today.

I’m  hoping the weather is better next week. I missed my bike!!!