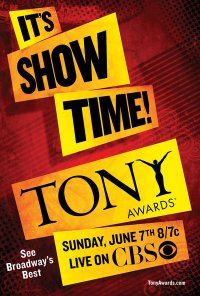 The 2009 Tony Award nominations came out this morning and it was a mixed bag for me.

The great news: The excellent Billy Elliot nabbed 15 nominations, which ties it for The Producers for the most nominations received by a single show. Also, the amazing and moving Next to Normal racked up 11 (making it the second most nominated show of the season).

The big bad news: [title of show] snared only a single nomination: Hunter Bell for Best Book of a Musical (yay, Hunter!). This is a major let down. How Jeff Bowen can not be nominated for writing something as incredible as “A Way Back to Then” and as witty as “Die, Vampire, Die” and “Nine People’s Favorite Thing” is incomprehensible to me. I’ve seen three of the four of the score nominees and I’m looking right at 9 to 5 and Shrek (which is the one that I haven’t seen) when I say that I think one of them should’ve been dropped to make room for [tos].

Here’s are some quick thoughts on some of the major categories that caught my eye:

Best Musical: Billy Elliot, Next to Normal, Rock of Ages and Shrek: Seriously, Rock of Ages? A jukebox musical as best musical over something with an original score like [title of show] or 9 to 5. I’m actually shocked 9 to 5 didn’t show up here since it’s a crowd favorite, which means it will tour really well (much like Shrek) and what tours well tends to get more attention here.

Best Book of a Musical: Billy Elliot, Next to Normal, Shrek and [title of show]: This is a well balanced category. Normally I’d take a dig on Shrek since it comes from a movie, but with the excellent David Lindsay-Abaire at the helm this rises above simply being a movie translation (in the same way that Billy does since it’s original screenwriter did the adpdation and expanded it nicely).

Best Revival of a Play: The shock here isn’t what got nominated, it’s what didn’t: Equus. This was supposed to be the major event and the play didn’t get nominated and neither did Daniel Radcliffe or Richard Griffiths. In fact, the it show only picked up nods for Best Lighting Design and Best Sound.

Best Musical Actors/Actresses Leads & Featured: The Next to Normal gang is all here, except Aaron Tveit which is a surprising omission in Featured Actor. I’m not sure who I would bounce to make room as the folks that are nominated are also quite good. Featured Actress is also full of good choices, but I wish [tos]sser Heidi Blickenstaff was in the gang. Of all the [tos] performers (no disrespect to the other three), Heidi’s performance of “A Way Back to Then” always brings me to tears. In lead actress, I think I’m the most surprised by Allison Janney being the sole 9 to 5 representation since she is the weakest singing voice. To ignore Stephanie J. Block for her 9 to 5 work is just sad. Over in lead actor, it’s great that all three Billys of Billy Elliot were recognized as a single unit (David Alvarez, Trent Kowalik, and Kiril Kulish). I was also glad to see Gavin Creel up for his protryal of Claude in Hair.

That’s all I have to say for now. The weekend of the awards, I’ll make official picks. If you want to check out the full list of nominees, hop on over to Playbill to read all about it. You can also check out what Marc has to say over at Deep Dish and Brian at Assume Crash Positions.