I Hear A Symphony 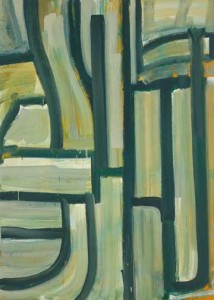 Between the Tigers and Wizards games last night, I went to the symphony. Yes, it sounds strange and several of my teammates were surprised by my between-game activity. It was an important evening though because Seth Bedford, a friend and the guy I built the Huxley Vertical website for, was premiering a work with the Chelsea Symphony. The premiere was a part of Concert Series V featuring music by Bach, Mozart and Bedford.

Seth’s piece, Suite de Café, was incredible. The four pieces making up the Suite—”Waltz,” “Anticipacion (tango lyrique),” “The Somnambulist,” and “Fox Trot”—were each unique and yet, when tied together they meshed together so well. I don’t have an adequate understanding of classical music to do justice to a write up on this piece, but I will say I loved it. Particularly moving was “The Somnambulist,” which gave me goosebumps and is still haunting me this morning. I’d love to hear this again so I could appreciate it further. I’d also love to see some dance accompaniment with it. In my mind’s eye, I kept seeing two figures moving with the music and it looked really good.

I saw two other pieces performed: Bach’s “Brandenburg Concerto #2 in F Major” and Mozart’s “”Non piu, tutto ascoltai; Non temer, amato bene”, from Idomeneo, K490. The Bach was very good with a lot of violins and other strings playing and I liked that. The Mozart featured a soprano singing the aria, which was thrilling. I love sopranos and this was a great way to end my evening of sympathy.

I wish I could have stayed for the second half of the evening, but I had to get back to the rink for the Wizards game. Now that I know there’s a symphony in Chelsea though, I suspect I’ll be heading back there to hear more.