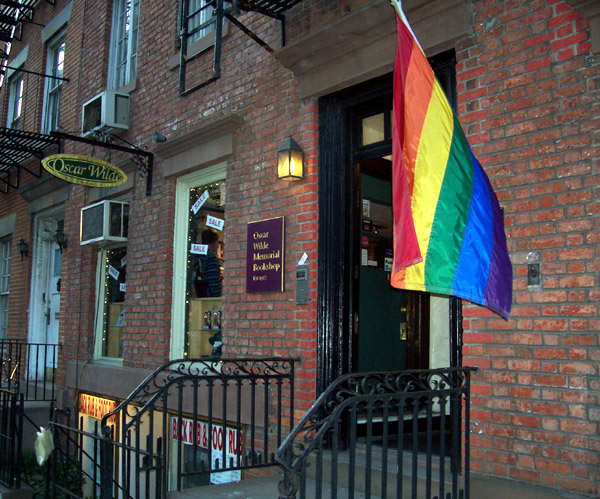 The bad news came via email on February 3: the Oscar Wilde Bookstore on Christopher Street, after 41 years, set a closing date of March 29.

Yes, independent books stores have become an endangered species over the past several years between the rise of Amazon.com and the larger chain stores like Barnes & Nobel and Borders.

Even niche stores like Oscar Wilde, which carries a deep stock of LGBT books, have felt the pinch. B&N and Borders both of gay sections, although nothing like the selection you can find at Oscar Wilde. Amazon, of course, carries everything you could ever want and you don’t even have to leave your house (although finding things on Amazon isn’t always the easiest). The past five years or so have been rough for Oscar Wilde, but they hung on. Unfortunately, the current economic crisis is one they cannot survive.

We discovered Oscar Wilde shortly after we moved here in December 1998 and we were consistent customers, usually purchasing at least once a month. We made a point to buy our gay books there because we felt it was important to support the local, gay-owned business. This afternoon we made what was probably our last visit to the store. We picked up a few books and said goodbye to the Saturday staff that we’d usually see on our visits.

It was a bit frustrating to be there today too. The store was packed. It’s too bad it wasn’t normally packed like that. Usually when we were there, there might be two or three other people browsing. Sometimes it would just be us and the clerk.

We will miss dropping in on Saturday afternoons and checking out the latest books. Just recently, it was here that Jeff found the wonderful What they Always Tell Us. It’s very possible that would’ve been missed in B&N or not found on Amazon; so not having a table full of new LGBT releases is a major loss.