One Icy River and a Plane

The thing to do downtown over the past day has been to go see what there is to see of US Airways 1549, which was brought down to lower Manhattan and tied off to the seawall just north of the Battery Park City commuter ferry terminal. Obviously the police are keeping people and a distance, but we did go out this morning to check out the scene and the iced up Hudson River.

Here’s Will with the glacier behind him (it was 14 degrees with a wind chill that made it feel like 5). 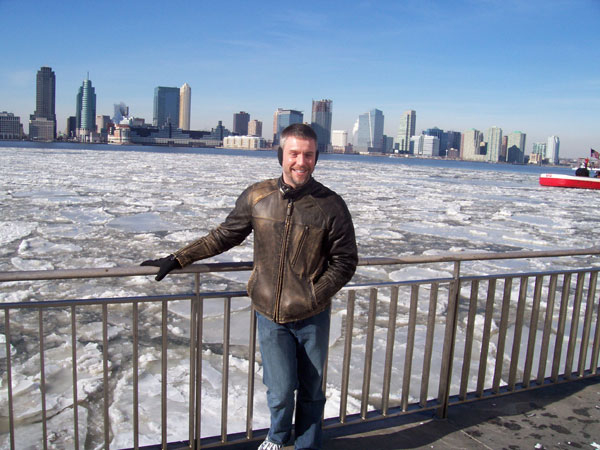 Here’s the best picture we could get of the plane. If you look just under the walkway, about midway, you’ll see the blue tail sticking up from the water. You can also see a bit of wing through the walkway as well. 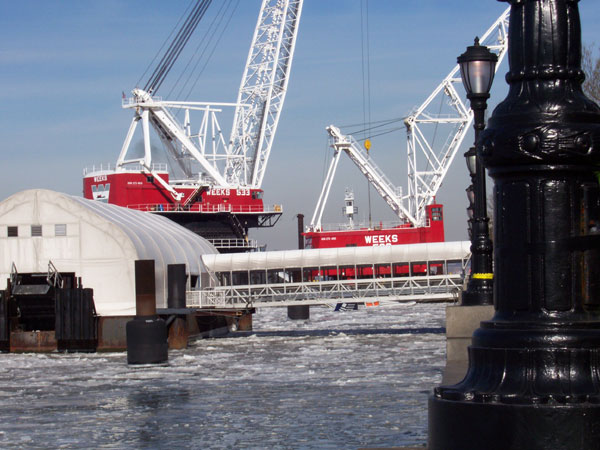 Here is the rest of the pictures we shot while we were out this morning (click on the thumbnails to see full size pictures).
[nggallery id=68]