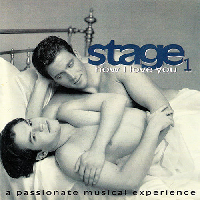 In the late 90’s a couple of excellent CDs were released: Stage 1: How I Love You (1996) and Stage 2: The Human Heart (1997) were projects that collected some well known show tunes and other standards that were typically sung between men and women and made them sung between men. Dink Records put these collections together using virtually unknown singers, but to great effect.

Among the tracks on the first CD were Gershwin’s “Someone to Watch Over Me,” Rodgers & Hart’s “Bewitched, Bothered and Bewildered,” Cole Porter’s “It’s All Right With Me” and a single song that put together “On My Own” from Les Miserables and “I Still Believe” from Miss Saigon. 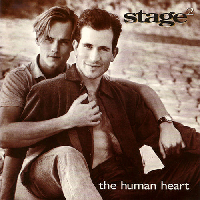 The second CD continued in the same vein with Once on This Island’s “Human Heart,” “I Wish I Could Forget You” from Passion, “Another Suitcase, Another Hall” from Evita and “Nobody’s Side” from Chess and “A Place Called Home” from a musical version of A Christmas Carol by Alan Menken and Lynn Ahrens.

The CDs have a big soft spot in my heart, especially the first one because it came out right before I proposed to Will in the fall of ’96. To have this kind of romantic music around to play during that phase of my life was great. The songs are a fantastic reminder of the early years of our love. Many of the songs are still in heavy iPod rotation even though the CDs have been out of print for a few years now.

The idea of presenting romantic/relationship songs with the pronouns changed up continues today. A major yearly fundraiser for the LGBT Community Center in New York City is Broadway Backwards. At last year’s concert, for example, Neil Patrick Harris and his husband, David Burtka performed “Take Me Or Leave Me” from Rent.

Unfortunately, Dink Records faded away earlier this decade around the time the .com bubble burst. Thankfully the music continues for those of us who have the CDs and can share them. Speaking of sharing, here’s a couple of samples:

“A Place Called Home” from Stage 2

One last note, there was a Stage 3 CD. It doesn’t get Geek Out status though because it changed the paradigm too much by mixing men and women on the disc and also over-orchestrating the music.