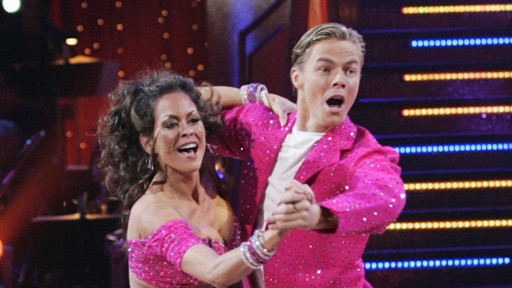 Three couples gave it their all to take home the mirror ball trophy in the finals of Dancing with the Stars season 7. In the Samba Smackdown that opened Monday’s show, Brooke and Derek stumbled a bit in my view. Brooke looked a bit stiff and unsure. The judges didn’t seem to feel the same way, still scoring them high. Their freestyle, on the other hand (shown above), was stunning. Great lifts, great moves that highlighted a few of the dances styles they performed through the season. It deserved the perfect score it got. On tonight’s show, they danced one more time with a repeat of their Viennese Waltz. I loved it the first time, I loved it even more this time as Brooke found even more soul with it. It too deserved the perfect score. 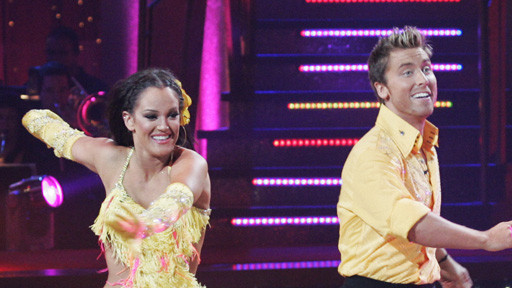 Lance and Lacey were at their best Monday night with the Smaba Smackdown (above). I loved their routine, especially the special trick that they threw into it. I thought they deserved higher scores here. I hated their freestyle. All that hip-hop with just a little cha-cha thrown in was inappropriate. As I’ve written about past freestyles, this is the final exam for what the star has learned and Lance didn’t accomplish that with this routine. For some reason Lance repeated the jitterbug from last week. It seemed too soon to repeat that dance and it was just a touch flawed this time too (Carrie Anne noticed that). 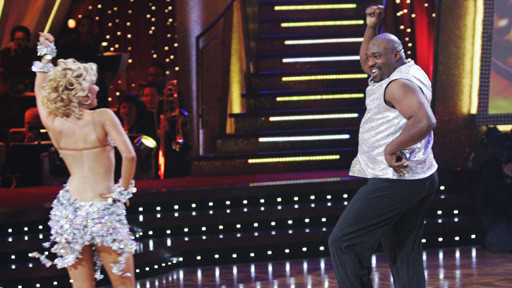 Warren was entertaining as always. I thought his Samba Smackdown routine was great and full of energy. I loved his freestyle, which mixed ballroom moves with trademark Tina Turner hips and arms (as shown above). I was glad to see Len give Warren a 10 for entertainment. I think the judges are a little hard on Warren with the footwork, which always looks good to me. In particular I thought Len was hard on him with a 7 for the Samba because it was certainly better than that. It was great that Warren took another stab at the hustle tonight as it turned out much better than the original performance. He seemed a lot more loose with it and it was hot.

The final result: Brooke and Derek won the mirror ball and that’s the right way to go after so many weeks of amazing dancing. I have to be honest though, had second place Warren and Kym took I would’ve been just as happy because his entertainment value would’ve been worth the win. Third place Lance could’ve just as easily taken it because of the way he kept improving. It’s the first time any of the final three could’ve won and I wouldn’t have been upset by it.

Dancing with the Stars is back in March… can’t wait!