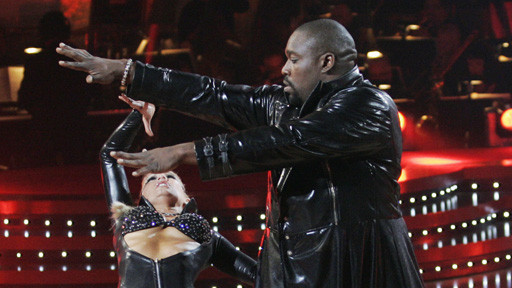 I admit, I was concerned that week two of Dancing with the Stars featured Paso Dobles. This complicated dance is usually saved for a couple more weeks, but this time it was rolled out early. Long time readers understand my concern here. The Paso is one of my favorite dances because of its intensity, drama and passion.

Happily my concerns were quickly put to rest with Derek and Brooke’s Paso, which was exactly what I’d like to see. Derek gave strong choreography and she danced it well. If she lasts long enough, it’ll be good to see what she does with the Paso a few weeks from now. Surprisingly, I also liked Cloris’ Paso. It was traditional, she took it seriously and it was passable. Lance was a disappointment because it just wasn’t enough Paso. He may be going for edgy, but this just didn’t cut it. Bookending the show was Warren and Kim (pictured above). Amazing!!!! It was a Paso straight out of the Matrix. Warren was astounding, moving with such deliberate drama. I was blown away. This guy could easily go all the way with Kym.

The other dance of the week was the Rumba. Sadly, nothing really stood out here. I did enjoy Cody. Susan was also passable. The others just weren’t there for me. The Rumba can be wildly sexy, but most of these just didn’t pass.

I was glad to see Kim booted off. She wasn’t working hard enough. Yes, it was great watching Mark dance around her, but he deserves a better partner.

Next week has the potential to be great as the Viennese waltz makes its first appearance of the season.