Lea DeLaria & Morning on the Beach 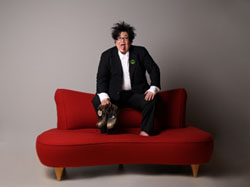 After a fantastic dinner, at a place I don’t remember the name of, we went to The Art House to see Lea DeLaria’s Hardcore show. We love Lea, having see her on Broadway in On the Town and The Rocky Horror Show as well in the off-Broadway show The Most Fabulous Story Ever Told, we moved right on to being fans of her fantastic jazz CDs. Last night was the first time we’ve seen her uncensored comedy act, since the last time we saw her in NYC, it was all about the jazz.

Last night’s show was a mix of comedy, very adult comedy, and jazz. She did some great stuff last night: “Welcome to My Party” (from The Wild Party), “Down with Love,” The Ballad of Sweeney Todd” (which she does as a swing number… it’s really awesome) as well as a tune from her new CD that’s coming out in February. She also made up a song based on stuff from the audience. I’ll write more about that further down because I’m going to put it behind the jump page because it’s rated R and a little more hardcore than we usually get into on this blog.

Anyway… it was a great first night in Ptown.

After a good and long night’s sleep we got up and had breakfast on our balcony, which was soooo nice! A muffin and juice, simple but nice looking out over the beach. Then we were outside for a walk along our patch of beach, which yielded the pictures below. 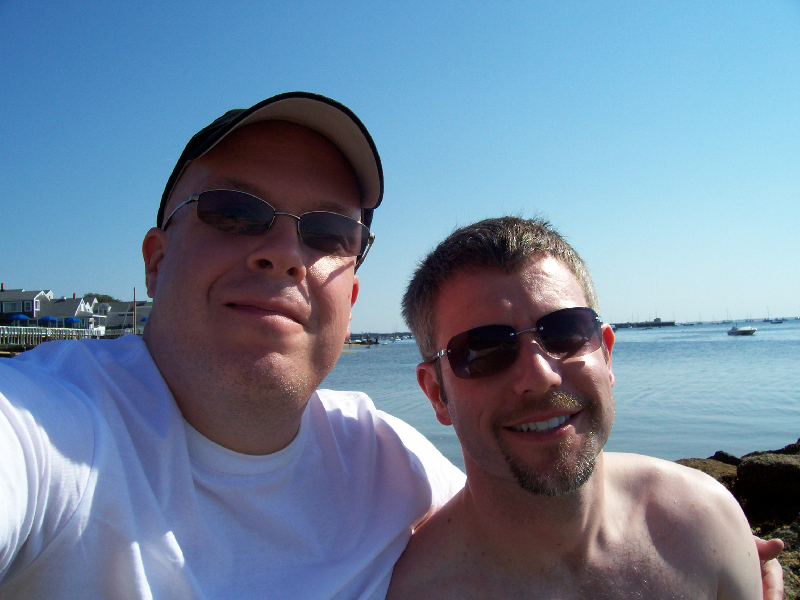 Here are a few more… as usual, click on the thumbnails to see larger images. We got some images of sea life, which turned out to one degree or another. We did see a crab trying to crack open some other shellfish, which was like Discovery Channel in action… very cool, but just couldn’t get a picture of it.

And now, for more on that Lea DeLaria bit… read the following at your own risk!

So in the portion of the show where she was showing her musical genius, she asked the audience for words or phrases to make up a song. She got these: “Two days before the full moon.” “On the way to the laundromat with tell-tale signs” and (and here’s the one for mature audiences) “Jizz on my tits.” Certainly an array of material there, right! She decides to blend this together into an Andrew Lloyd Webber-style power ballad. And out of that came the story of a lesbian who ended up picking up a drag queen two days before the full moon and now she was on her way to laundromat to get rid of the evidence of what had happened. As you can imagine, the entire audience was insane with laughter.