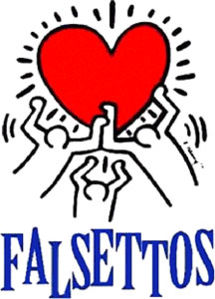 Falsettos, written by William Finn and James Lapine, hit Broadway in the Spring of 1992. Falsettos is composed of two one-act shows that had previously run off-Broadway—March of the Falsettos and Falsettoland. The show covers two years, 1979 in the first act and 1981 in the second, in the lives of a group of friends: a lesbian couple, a divorced couple with a son, the father’s on-again/off-again boyfriend (the boyfriend he left his family for), and a psychiatrist.

Several things stand out about this show. It shows a gay father making the relationship with us son work (at least most of the time). It clearly shows the love between two men, but it’s very real-world with their ups and downs as the relationship comes out into the open. The show also deals with the onset of HIV and AIDS, ultimately leading to a moving and sad finale.

This is another show I’ve never seen, but the music is so incredibly good I can’t help but love it. The show was critically acclaimed, winning Tonys for Best Book and Best Score and was nominated for Best Musical in 1992.

Here are a couple of clips. First up is the Broadway cast performing at the Tony Awards. They start off with an introduction and then it’s off to a baseball game.

The next clip is from an off-Broadway production starring Mandy Patinkin as the father who left his family. He sings “What Would I Do” at his boyfriend’s funeral, ultimately duetting with the ghost.