Friday Geek Out: Stars On 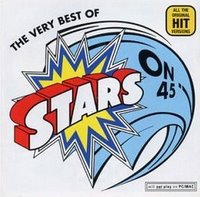 The early 80s were a weird time in music. Remember the craze of the disco medley? Songs strung together with a backbeat to keep everything moving in just the right 4/4 time? I had albums by a couple of groups that were popular at the time. One was a bit more highbrow: The Royal Philharmonic Orchestra recorded Hooked on Classics albums that were mildly popular at the time.

My favorite of the medley makers was Stars On. The group strung together Beatles tunes, ABBA tunes, various movie themes and even medleys of songs that didn’t naturally seem to go together. These weren’t just original songs strung together; these were sung by singers mimicking the original singers. It was completely bizzare and yet addictive! I still have some of these medleys on my iPod today, more than 25 years later.

How popular was this medley phase? Well Stars On released four albums in the States. I only had Stars On Long Play and Stars on Long Play II. A couple of the singles were on the radio too. The first Stars On 45 medley, made up of Beatles songs, actually went #1. A second Beatles medley, the ABBA one as well as a Motown one were also released, but didn’t do as well as that first one. There was even a touring show for a while (which I hadn’t even heard of until this morning researching this).

Did you miss out on this medley phase of pop music? Fear not, below is the Stars On “ABBA Medley.” Enjoy!