Things on my mind…

It’s been a while since I’ve random blogged. I usually do it on Saturdays and the past couple weeks I haven’t been able to sit down and just get it down. So here are the things I’ve wanted to get on to the blog.

Rufus Does Judy: I’m very into Rufus Wainwright, as I’ve blogged before. Will and I have seen Rufus once in concert at NYC’s Town Hall. But the concert event we couldn’t get into was last summer when Rufus recreated Judy Garland’s landmark concerts at Carnegie Hall. Luckily it was recorded and the CD for Rufus Does Judy at Carnegie Hall just came out last week. At the risk of loosing my gay card, I’ll admit that I have never heard the Judy Garland recording of the concerts. However, after hearing this recording, I’d like to pick up hers as well. It’s a great concert full of classic songs. It’ll be on my iPod for a long time to come. Here’s a clip of the classic “Somewhere Over the Rainbow” from the DVD that also came out at the same time. 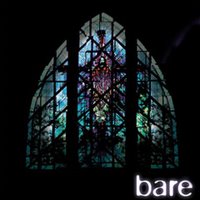 Bare Redux: A few months ago I did a Geek Out on Bare: A Pop Opera. It was a special treat this fall as a full studio recording of the show became available (previously only a sample disc with a few of the songs was available). I’ve been in love with show even though I’ve never seen it and that love is only amplified now that I’ve heard the whole thing.

The story always drew me in: Two high school guys in a religious school fall in love. One finds the courage to come out and be honest; while the other one goes deeper in to the closet, ends up getting a girl pregnant and ends up committing suicide because he sees no way out of the mess he’s in. To hear the rest of the songs has been amazing because some of them are so moving, especially between the two guys as they try to save the relationship only to loose it all. You can check out the website I linked to above to hear clips of the songs and catch some video from the recording. I can’t recommend this recording (and the show) enough.

Betty Strangeness: Ugly Betty this past week was amazing as usual (Whilimina is determined to get into the Meade family one way or the other and I love it). What struck me as odd (and a bit disturbing) was two of the commercials. First off, Betty and Christina talk about going to the premiere for a movie called 27 Dresses. In the very next commercial break it turns out to be a real movie that comes out in January. There was another mention of the movie towards the end of the episode. The other weirdness was with a mascara ad. Now Betty often does interesting transitions between scenes. Initially the transition with a mascara brush seemed like it was going from scene to scene. What it actually was a transition from show to commercial. I’ve never seen that before. Usually shows go to black and then to commercial. This was just plain tacky.

Sci-Fi Finales: I watched two finales this past weekend. Heroes was okay. I was glad to see Nicky dead as well as the twins from South America. I was surprised to see Nathan dead. I was thrilled to see Adam dead too (although not exactly an original way to get rid of someone who can’t be killed… in the series finale of Alias, Sloane was buried alive for the same reason). I didn’t appreciate Nathan’s babbling at the press conference and the video montage. Overall, I wasn’t sure what I was supposed to take away from Volume 2. I hope they get Volume 3 right.

I also caught the first season finale of Torchwood, the Doctor Who spinoff the airs on BBC America. I’ve enjoyed the show even though a couple of the mid-season episodes were a bit of a drag. The show ended on a high note with a good time-rift double part episode, that included a cool trip back into 1940 to learn the origin of it’s main character, Captain Jack Harkness. It’s not long until season two. It starts up on BBC America at the end of January!

Writers Continue Strike: Good thing the British programming is back in January since it seems like it will be a very long time before the U.S. gets its programming back. Both sides are sticking to their guns. All I can say is: Stick with it writers. From what I read the studios are just being stingy. Get paid for what you write! I for one will wait for the programming to come back.